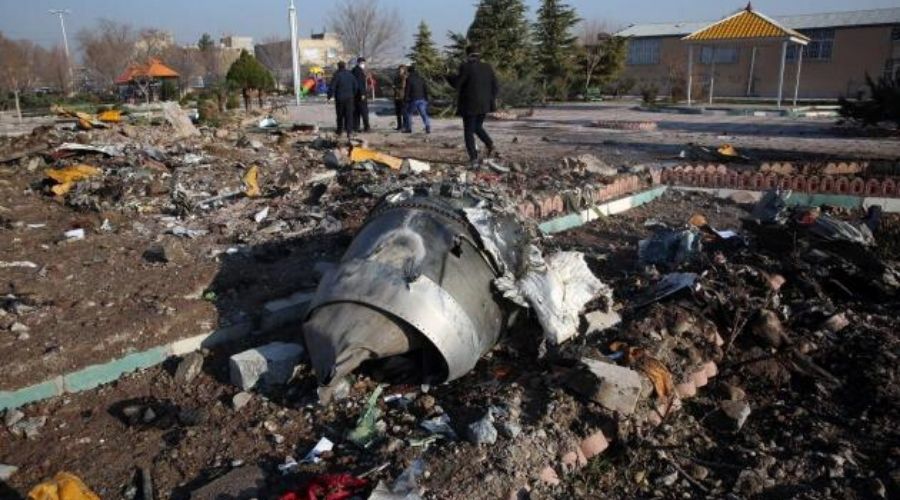 The Boeing 737, a Ukrainian airliner with 176 passengers and crew onboard has crashed near Tehran’s Imam Khomeini International Airport early on Wednesday.

Boeing 737 jet crashed near Parand, a suburb southwest of capital Tehran shortly after the takeoff, According to the Iranian media

Qassem Biniaz, a spokesman for Iran’s Road and Transportation Ministry said, the plane had taken off from Imam Khomeini International Airport when a fire struck one of its engines.

“An investigation team from the national aviation department was dispatched to the location after the news was announced. We will give more reports in upcoming bulletins,” Reza Jafarzadeh, a spokesman of the Iranian Aviation Organisation told reporters in Tehran.

Volodymyr Zelensky, Ukraine’s president, said his government was working to understand the causes of the crash. “My sincere condolences to the relatives and friends of all passengers and crew,” he said in a statement.

Ali Hashem, a BBC correspondent, tweeted a video which he claimed showed the plane falling through the air while aflame before crashing into the ground and exploding.

Boeing said in a statement: “We are aware of the media reports out of Iran and we are gathering more information.”

The Ukraine International Airlines jet that crashed this morning was less than four years old. Ukrainian President Volodymyr Zelensky said in a Facebook post that the country’s embassy in Iran is “working to clarify information on the circumstances of the tragedy and the list of deceased passengers.”

We are following reports that a Ukrainian 737-800 has crashed shortly after takeoff from Tehran. #PS752 departed Tehran at 02:42UTC. Last ADS-B data received at 02:44UTC. https://t.co/qXWHUPGDTu pic.twitter.com/vuAi6TOqTp

Flight-tracking service FlightRadar said in a tweet that the data suggests the crash may have happened only 2 minutes after take-off.

We are following reports that a Ukrainian 737-800 has crashed shortly after takeoff from Tehran. #PS752 departed Tehran at 02:42UTC. Last ADS-B data received at 02:44UTC. https://t.co/qXWHUPGDTu pic.twitter.com/vuAi6TOqTp

After the Boeing disastrous year, the crash has happened only the company’s new CEO David Calhoun officially takes the seat.

The Ukrainian President Volodymyr Zelensky has special flights that are on standby to take bodies back to Kiev.