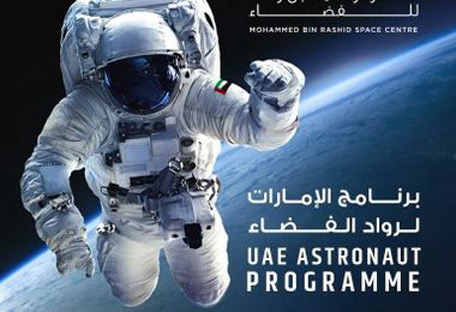 The Mohammed Bin Rashid Space Centre announced that 95 out of the 4,022 applicants have been shortlisted for the UAE Astronaut Program. The program aims to train and prepare a team of Emiratis and send them to space for various scientific missions.

75 males and 20 females of ages between 23 to 48 years from across the UAE have been shortlisted with educational background including civil aviation, air force, medicine and education.

This is the first astronaut program in the Arab world aimed towards developing skilled and capable Emirati astronaut corps and sending them out to carry out scientific missions.

200 candidates went through psychometric test that lasted up to 6 hours and focused on a number of assessments including the applicants’ intelligence (IQ) score, emotional stability, adaptability and competencies. These assessments were necessary for individuals working and living in the International Space Station (ISS).

After the test, 95 candidates were selected to be interviewed and physically, psychologically and scientifically evaluated. Four candidates and two reservists who would pass all the previous stages will be the finalists.

The finalists will go through training program according to the highest international standards. It will start with the basic training stage. Candidates will have to learn Russian and train in space science and research. They will then move on to advanced training, during which they will learn about the maintenance and management. After completion of this stage, the astronaut will be eligible to participate in missions to the ISS.

The first Emirati astronaut will be sent to space in the coming years and the rest of the team will follow to ISS.

This Program is funded by the ICT fund of the Telecommunications Regulatory Authority (TRA).