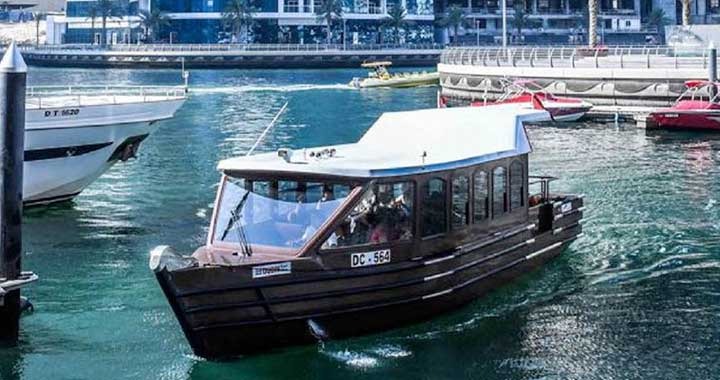 The Roads and Transport Authority (RTA) has announced that they have replaced several waterbuses in Dubai Marina with air-conditioned Abras that are more efficient, improved and convenient for passengers.

Not only the new abras are air conditioned but their design, windows and better views offer greater convenience to riders at the same fare as the previous buses.

The director of marine transport, public transport agency, RTA Mansour Rahma Al Falasi said that, “The teams of marine transport department have replaced some water buses by new air-conditioned abras at the Dubai Marina. The move is part of the efforts to improve marine transit means in the emirate, which involves rolling out several initiatives and improvements at site.”

He further said, “Among other initiatives made for improving the marine transport service was the rejuvenation of Al Seef Marine Transport Station, following the redevelopment of the entire neighbourhood by Meraas. Broadening the scope of the marine transport network in the area is expected to attract additional passengers to these modes to commute from Al Seef Station to other Creek stations as there are plentiful tourist attractions and facilities along the Creek.”

A great initiative has been taken by RTA, especially after the opening of the Dubai Water Canal. The canal has enhanced the strategic importance of the marine transport for public and tourists. It demonstrates the importance of integrating marine transport with other vital services in the city and has become world-class hub for business, investment and tourism.

The RTA’s marine transit modes include abras of various kinds, water taxis and the Dubai Ferry. The new abras also offer better views of almost 360-degree window and it would cost you from Dhs3.