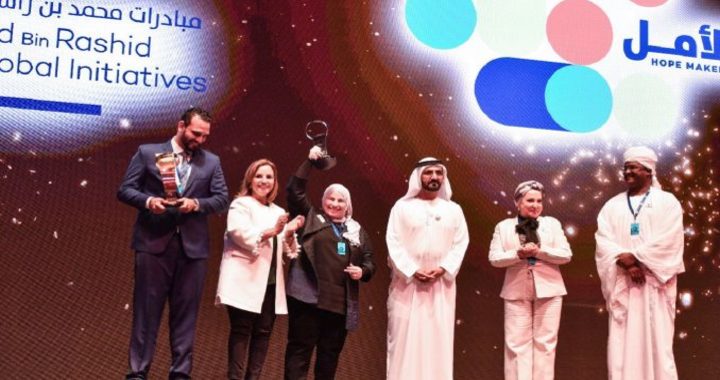 The Arab Hope Makers 2018 Awards Ceremony took place in the presence of HH Sheikh Mohammed bin Rashid Al Maktoum on May 14 at the Sound Stage Hall in Dubai Studio City.

Two hundred representatives of Arab media will attend the event and it will be broadcast live on television and on social media.

He said, “The Arab Hope Makers initiative testifies that goodness is inherent in the Arab world that altruism and generosity are deep-rooted in its women and men and that inspirational acts have the power to fight negativity and ignorance.”

More than 17,000 people registered online to attend the awards ceremony to honour this year’s hope makers and announce the ultimate winner of the 2018 edition.

230 Emirati and other Arab volunteers are participating in organizing the final ceremony. Volunteers are distributed across five teams responsible for event management, registering attendants, welcoming guests, logistics and media relations.

The Arab Hope Makers advertisement has published on Sheikh Mohammed bin Rashid Al Maktoum social media accounts marked the launch of the initiative’s second edition. The advertisement announced a job opening for anyone from the Arab world regardless of age.

The Arab Hope Makers website has received more than two million visits less than two months after the launch of the second edition of the initiative.

The researchers examined all the documents, videos, photos and links submitted with the applications to verify the credibility of the initiatives and evaluate their impact on the community and submitted their recommendations to the concerned committees.

Fifteen participants have reached the finals and will compete for the title of Arab Hope Maker 2018 to be announced on May 14.

The Arab Hope Makers initiative aims to recognize individuals, groups and humanitarian and charitable non-profit organizations from across the Arab world for the good of mankind without expectations of reward or gratitude.