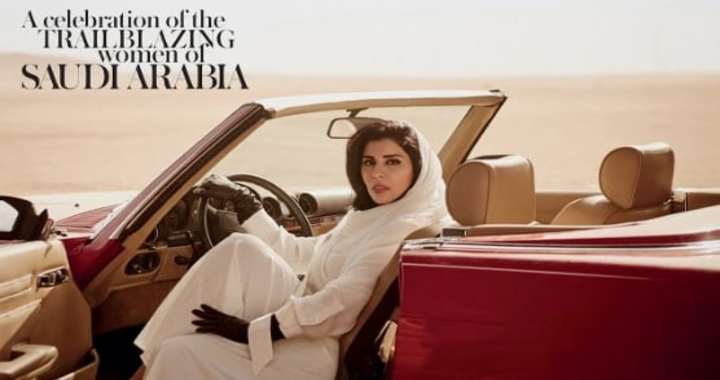 The picture of Princess Hayfa bint Abdullah al Saud in the driver’s seat is on the front cover of Vogue Arabia’s June edition has published as the conservative kingdom prepares to lift a driving ban on women. She is wearing leather gloves and high heels in the image.

This is dedicated to the “trailblazing women of Saudi Arabia” and praised the reforms launched by Crown Prince Mohammed bin Salman who has tried to loosen social restrictions in the conservative kingdom.

The daughter of the late King Abdullah, Princess Hayfa said, “There are some conservatives who fear change in our country. For many, it’s all they have known.”

The princess support these changes with great enthusiasm.

Social media posted the Vogue cover with images of the detained activist’s photoshopped over the princess’s face.