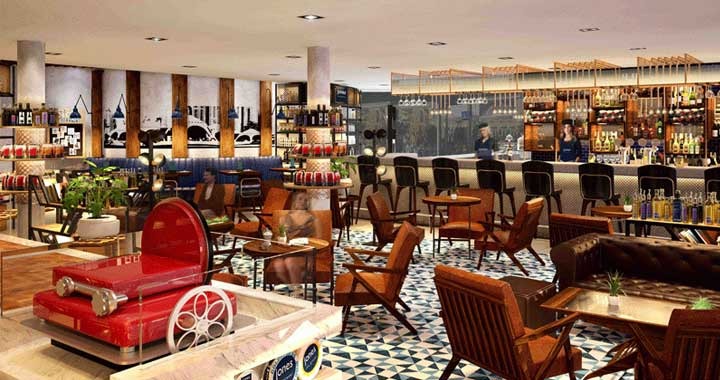 A renowned Chef Izu Ani is now launching his newest addition ‘Carine‘ at Emirates Golf Club, inspired by the fine cuisines of France and the Mediterranean.

Chef is excited to launch this new venue Carine named after his wife. He also opened Izu Brasserie & Bakery last year in City Walk. He says that “French cuisine is the base of cooking.”

His wife Carine used to work in the bakery in Northern France so she wants to fill the restaurant with her personal favourites from freshly baked breads to her own homemade plum and apple jam, to Mediterranean specialties and scrumptious desserts such as a passionfruit cheesecake.

The restaurant has a refreshing and cool environment with bright theme interior designing, huge windows and trendy furnishings with a modern Mediterranean kitchen.

You can visit there with friends and family to enjoy French cuisine. The timings of Emirates Golf Club are 7pm-11pm (Sun-Sat).