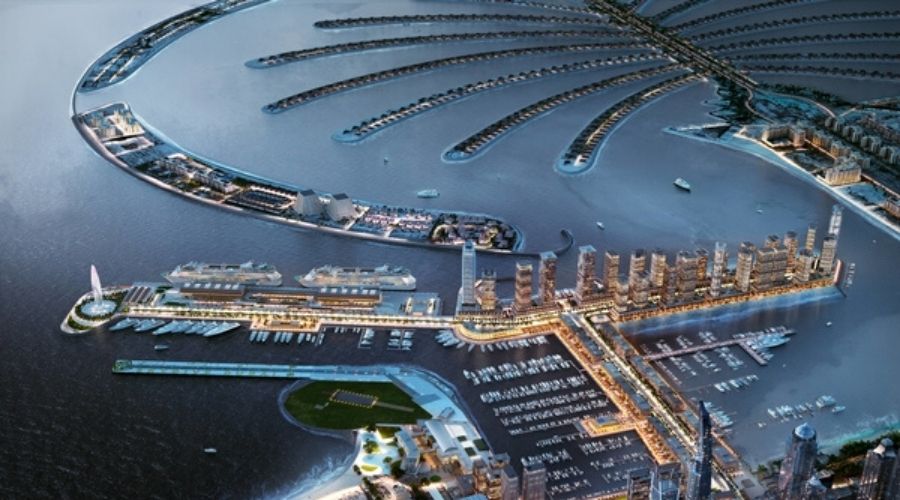 Delivering the sophistication and thrilling adventures for 20 years, Dubai International Boat Show is back again at the new Dubai Harbour marina this year and will feature more than 800 companies and brands from 44 countries.

Set to open in October 2020, Dubai Harbour will be the most advanced cruise terminal and the biggest marina in the region when complete, with 1,100 berths.

Situated beside Palm Jumeirah, Dubai Harbour is located on the site of the former Dubai International Marine Club, where the show was held before relocating to a temporary base at the Dubai Canal in Jumeirah for the past two years. Leisure crafts, sailing and fishing boats, and new-to-market aquatic gadgets will all be on the show.

Saeed Hareb, Secretary General of Dubai Sports Council (DSC) and Senior Advisor to the Dubai International Boat Show, said: “This edition of the Dubai International Boat Show comes at a hugely exciting time, at the start of a new decade in which UAE’s maritime sector holds rich promise. I’m delighted that the show has returned to its former home, which is now the world-class Dubai Harbour facility. This show takes on even greater significance as the emirate enters the final preparations for Expo 2020 Dubai.”

The show is also breaking new ground by hosting the 106.1m Lurssen-built Amadea, the biggest yacht to ever exhibit at the event. Displayed by Imperial, Amadea exhibits at Dubai less than six months after its appearance at the Monaco Yacht Show, where it was the second-largest boat after the 111m Tis, also built by Lurssen.

Gulf Craft, which has been a partner of Dubai International Boat Show since the event’s inception, will showcase models from its Majesty, Nomad, Oryx, and Silvercraft ranges including the world debut of the 37m Majesty 120.

In the run up to the @DubaiBoat, we took a closer look at the fantastic features onboard this year's showstopper – the 106m #Lurssen Amadea. Read more: https://t.co/rgKCoI0EzB pic.twitter.com/kayzIByW6W

Only two weeks to go until @DubaiBoat 2020. We have six exceptional yachts on display at this year's show including the show debut of the Princess F50, Y85 and F70.#experiencetheexceptional #LovingWhatsToCome pic.twitter.com/uCtRuGLAUb

Abeer M. Alshaali, Gulf Craft’s Acting CEO, said: “For Gulf Craft, Dubai International Boat Show serves as a catalyst for client networking and we expect that to continue in 2020. This region has a great potential for growth within the marine industry, as Dubai continues to grow its leisure sector and as regulations advance to make the city more accessible than ever.”

“Dubai International Boat Show is one of the most important regional shows that play a key role in the international yachting sector,” said Abeer Alshaali, acting CEO, Gulf Craft. “This region has a great potential for growth within the marine industry, as Dubai continues to grow its leisure sector and as regulations advance to make the city more accessible than ever.”

This year, there is expected to be thousands of exhibitors from across the globe, providing everything from maritime products to jewelry, footwear and swimwear. Those with an interest in cars are in luck, as DIBS 2020 will be hosting another prestige showcase of supercars.

Away from the excitement of the show, there will be plenty of social activities to take part in, including DJ sets, cocktail soirees, and relaxed pop-up events.

You can buy tickets by visiting: https://www.boatshowdubai.com/