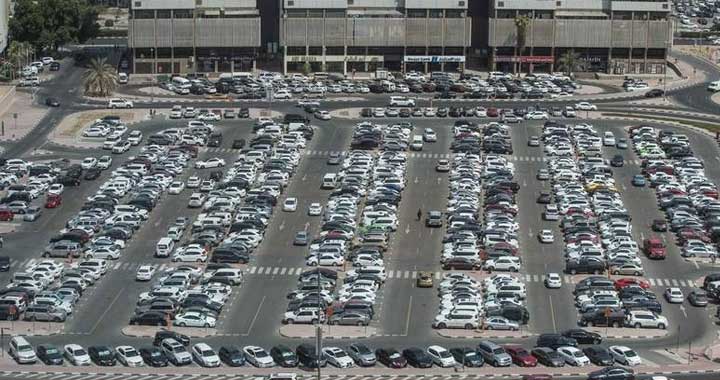 The Roads and Transports Authority (RTA) has developed a plan to control the parking of vehicles in Dubai by focusing on increased parking rotation and contributing towards the provision of free services for citizens.

According to the Roads and Transport Authority (RTA), Dubai’s vehicle density is one of the highest in the world even exceeding in some of the biggest cities.

The average car ownership in Dubai is one for every two residents or 540 vehicles per 1,000 people.

The RTA said that at an average annual increase of 8.2 per cent, the number of cars in Dubai could reach more than 2 million by 2020.

The RTA noted that around 450,000 vehicles enter the city daily from other Emirates and there are only 166,000 parking spaces across the city.

The RTA said, the parking department has introduced three codes, I, J, K in Jumeirah Lake Towers than they introduced the eco-friendly car parking in the mid of 2017 and the department is always seeking more options to cover the future demand needs.

The RTA said, “There are future plans to expand parking spaces across the city based on the communities demand.”

After the successful implementation of smart parking project in some areas in Dubai, the RTA is studying new initiatives with recent technologies that will enhance the smart parking.

According to the RTA, The fees vary from area to area with busy areas in Bur Dubai and Deira charging from Dh10 to as much as Dh20 per hour depending on the demand. Operators are free to decide on the fees based on a set of regulations.

Experts have suggested the creation of more bike lanes and walking paths as alternative forms of going around city centres.

Brent Toderian, founder of Toderain Urban Works in Vancouver, Canada, said in the Mena Transport Congress and Exhibition organized by the RTA that in most successful cities in the world, the idea that you need cars to be happy has been proven fundamentally false.

He said: “Following the fundamental law of congestion, the more lanes you build, the more people drive.” This means more people will be encouraged to buy cars and consequently more parking space is required.

The future of parking requirement is expected to be significantly influenced by the arrival of autonomous vehicles (AV) and eventual growth of hybrid and electric vehicles.