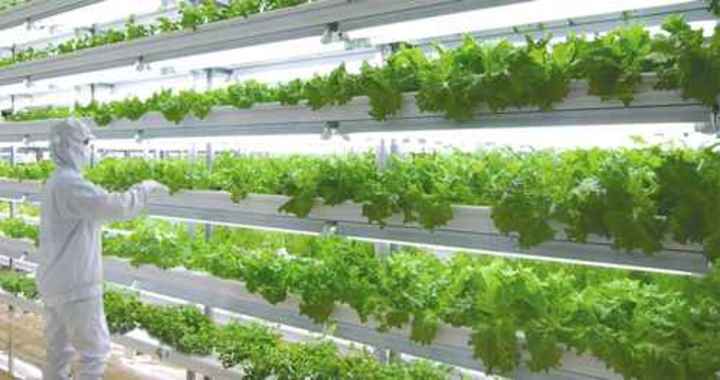 The catering farm of Emirates Airline has partnered with a Californian company, Crop One to develop the world’s largest vertical farm.

Vertical farming is a system that makes the best use of land and water for high-value crop production.
Its artificial lights offer a stark contrast to the traditional earthy image of crops growing in fields.

Vertical farming is based on the use of hydroponics, in which plants are grown using nutrient media instead of soil. It’s a technique first used in the UAE almost half a century ago and now well established locally through a number of commercial farms.