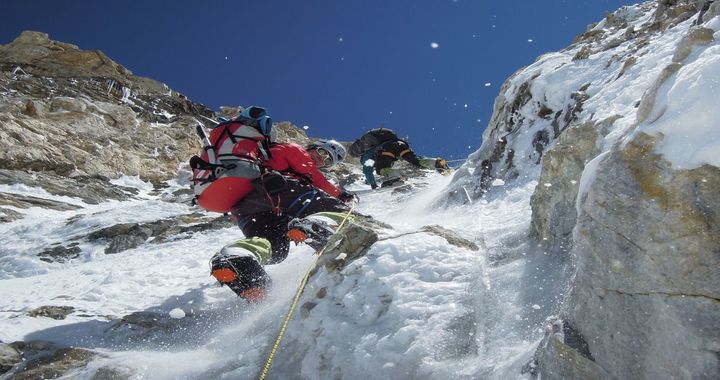 Emirati adventurer Saeed Al Maamari, Director-General of Fujairah Centre for Adventures, revealed his plan to climb K2 and raise the UAE flag and the Dubai Expo 2020 logo to mark the ‘Year of Zayed’.

K2 is the second highest mountain in the world also known as Mountain Godwin-Austen, 8,611 metres (29,029 ft) above the sea level. It is located on the China-Pakistan border between Baltistan, in the Gilgit-Baltistan region of northern Pakistan and the Xinjiang, China.

Al Maamari told the media that he will start his journey on June 5, from Dubai International Airport to the capital of Pakistan, Islamabad.

It will be a 55 day journey, from Islamabad he will head to K2, dubbed as the Savage Mountain, due to the extreme difficulty of ascent.

Najeeb Mohammed Al-Ali, Executive Director of Dubai Expo 2020 Bureau, thanked Al Maamari for his initiative which falls within the Year of Zayed.

In 2014, Al Maamari had raised the Dubai Expo 2020 logo on North America’s highest peak and now he will raise UAE flag on Pakistan’s highest peak.