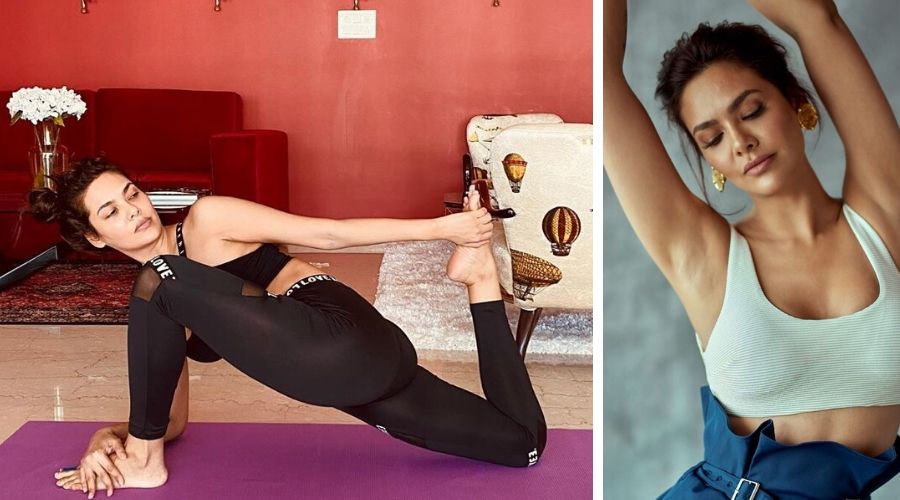 Titled ‘Be Yoga, Be Nature’, XYoga Dubai’s two-day yoga festival will be held on Kite Beach from 21-22 February. Opening the festival with a morning class for 2000 yogis, Bollywood Esha Gupta will lead the session.

Esha said she was “thrilled to be coming back to Dubai” and added, “Dubai has always been close to my heart and yoga has increasingly become a huge part of my life, keeping me grounded and centred. I am thrilled to share this passion with yogis in Dubai and look forward all that the festival has to offer.”

Immediately after her Vinyasa Free Flow yoga session at Kite Beach, Gupta is scheduled to fly to Thailand to film her new web series and then shoot for her new movie ‘Tipsy’ in London with director Deepak Tijori.

Gupta told in an exclusive interview, “Honestly, I have been an athlete all my life and yoga has always been a part of my life. It has helped me stay active, focused and determined … Yoga is not just for my body, but for my soul.”

On her visit to Abu Dhabi, she also posted a lot of pictures from the Sheikh Zayed Mosque.

XYoga Dubai Festival is geared towards all ages and fitness levels, participants can expect two days of complimentary classes, talks, workshops and meditation sessions. Gupta talking about her love for such events said.

“What excites me is that there will be so many people in one spot doing yoga during early hours of the morning and all you have to do is register online to participate. It’s not some brand promotion, but they just want to promote good health … My father is 75 and he still wakes up at 5am to do two hours of yoga every day. I started doing yoga while I was in school.”

“Honestly, I was bored quickly because I had so much energy and I preferred to play active sport. But as I grew up, I realised the importance of yoga. Since college, I have been practicing yoga out of my own free will. I wake up at 6am and I go to bed by 10.30pm every day. While I am usually hyper as a person, yoga grounds me.”

With long experience and love for yoga, Gupta has a couple of poses that she cannot start her day without.

Favorite Yoga Poses: “Ten Surya Namaskars [sun salutations] is my go-to routine. At times as actors we are shooting at various places or we have to leave home by 6am, so all you need is 10 minutes to do those 10 Surya Namaskars. But the trick is to go slow and breathe right in each pose.”

“Just hold for five seconds in each pose. Recently, I was in Abu Dhabi for a holiday and I was doing it every day in my hotel room. Even today after all these years of doing yoga, my legs shake and quiver when holding it. But remember, go slow to gain strength.”

Gupta over the years has combined and completely aligned her yoga with the diet she consumes and choosing comfortable athleisure.

Athleisure: “I don’t understand Instagram influencers who put on make-up and head to the gym. In my opinion, you need to dress up for yourself — whether you are walking on the runway or going out to work. When I work out, you might often see me without shoes unless I am doing cardio exercises.”

Diet: “I come from a family of vegetarians. We are vegetarians not for religious purposes though. Although I am a Punjabi, I have lots of vegetables with collagen in them.”

“I am gluten and dairy-intolerant, so I avoid it completely. When I eat gluten, my stomach hurts and I get acidic. Plus, I don’t believe in having milk products because I don’t think our body needs it. I also have carbs until 6pm. For dinner, I just have dal [lentils] or soups.”

Four top tips by Esha Gupta for her February 21 session:

Tip 1: Don’t be conscious about what others are doing around you and their fitness level. Whether you are 16 or 60 years of age, turning up on Friday is a good start.

Tip 2: It’s never too late to start your own yoga journey.

Tip 3: Keep your phones away during the session and don’t worry about taking selfies. Try to be in the moment and try to forget your problems at work, home or office.

Tip 4: Hydrate well. While you can drink a bit of water during the session, avoid it if you don’t want to do yoga on a full bladder.

A variety of yoga sessions, such as Acro Yoga, Live Piano Flow, Jivamukti Yoga, Arabic yoga and ladies-only classes will be conducted.