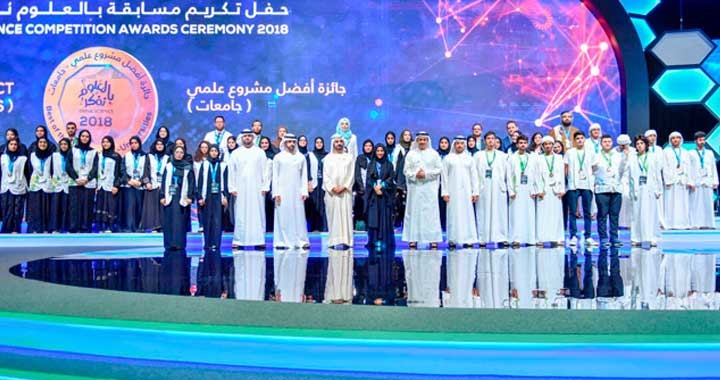 It’s organized by Emirates Foundation to encourage young people to be creative and to excel in various scientific and technological fields.