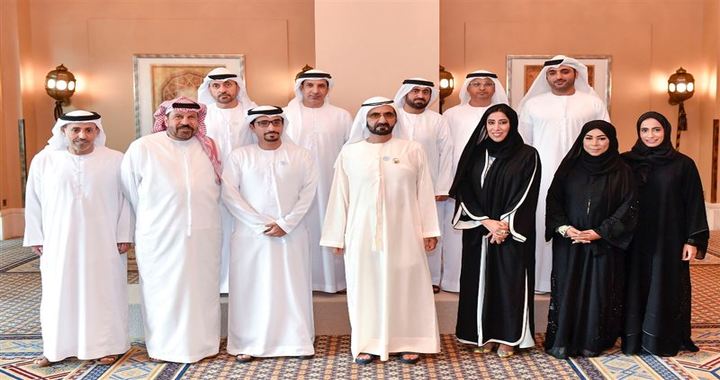 The Vice President, Prime Minister and Ruler of Dubai HH Sheikh Mohammed bin Rashid Al Maktoum met with the members of recently elected Board of the UAE Journalists Association preside by Mohammed Al Hamadi on the sidelines of the Ramadan Gathering hosted by the Government of Dubai Media Office (GDMO).

He congratulated the Board members and wished them success in their struggle and grant AED5 million to the Association in support of their mission of serving the country’s media community.

He praised the role of the Association in supporting journalists and asked the Association’s Board of Directors to increase their efforts to help raise professional standards so that they can improve public trust in media as a credible source of information.

The Chairman of the Board of the UAE Journalists Association Mohammed Al Hamadi thanked Sheikh Mohammed for his continuous support and his generous donation.

Al Hamadi said, the newly elected Board will work to enhance levels of excellence in local media through its work with media organizations in the UAE.