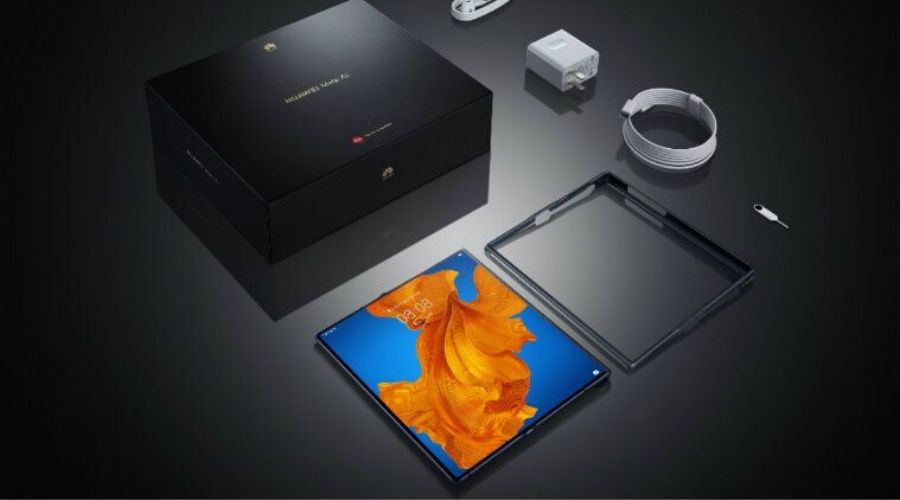 These days the tech world seems to be reliving the early 2000s era but on steroids as the folding phone trend has been brought back by the biggest players in the market. And after the much-anticipated launch of Samsung’s Galaxy Z Flip, world’s second-largest smartphone manufacturer, Huawei has launched its second foldable phone.

The next-generation foldable smartphone called Huawei Mate X2 appeared via a design patent from EUPO which shows a pair of displays, one the size of a normal phone, the other the size of a medium tablet, with 6 cameras and a stylus.

Catering to its high-end customer, Mate Xs is $115 more expensive than the launch price of its predecessor, the Mate X, which came out last year at $2,715.75 (Dh9,966). “Mate Xs is raising the bar further with even more powerful connectivity and integrated user experiences,” said Richard Yu, chief executive of Huawei’s consumer business group. “It’s the fastest 5G smartphone of its class … prepared to meet the unprecedented again.”

Huawei will start accepting orders for the new foldable device from March 15 to the UAE.

It’s expected to be slightly larger than its predecessor with a 6.7-inch+ display inside, an 8-inch display inside, and a third (thin) display above its stylus holding, camera-holding side panel. This device will likely feature 5G connectivity as well.

The Mate Xs comes with the quad-camera system – a 40-megapixel main camera, a 16MP ultra-wide-angle camera, an 8MP telephoto camera, and a three-dimensional depth-sensing camera.

Due to the US-trade ban, the Mate Xs do not have Google services on-board. However, buyers can use alternative app stores of Amazon or install Google apps using Phone Clone, a data migration application.

Huawei and rival Samsung were the two front-runners in the race to bring a foldable phone to market first in 2019. But Samsung beat most top competitors when the Galaxy Fold released. Microsoft’s foldable Duo and Motorola’s foldable Razr are due out later this year.

Samsung executive Young Sohn incorrectly claimed the Galaxy Fold had sold 1 million units, but later updated that figure at CES 2020 to “400,000 to 500,000” since its September launch.