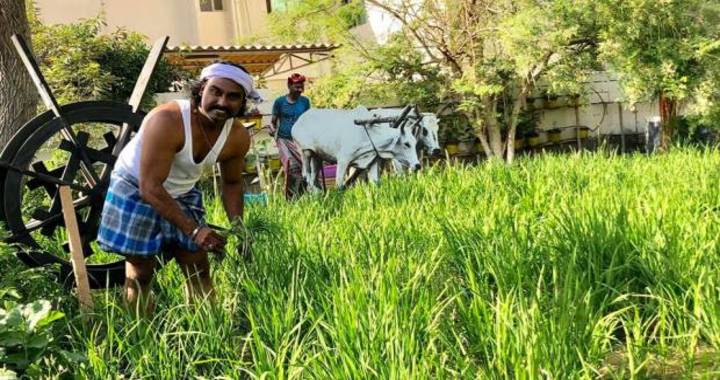 A Sharjah based farmer Sudheesh Guruvayoor has made a Guinness World Record title.

He has achieved the feat of distributing the largest number of saplings ever distributed in the world with 5000 curry leaf plant saplings. The saplings were distributed among the students of Sharjah Indian School on Tuesday.

The farmer is from south Indian state of Kerala and is an electrical engineer turned agricultural enthusiast living in Sharjah since 1997.

In 2012, he entered the Limca Book of Records by growing the longest okra (41.91cm/16.5 inches) in his backyard in Sharjah. He also has a Limca record for owning the ‘smallest okra plant (3.81cm) with pods three times longer than the plant. In 2014, He has cultivated rice with the support of his employer.

He has successfully created a paddy and wheat field behind his home and also grows vegetables in the same area.