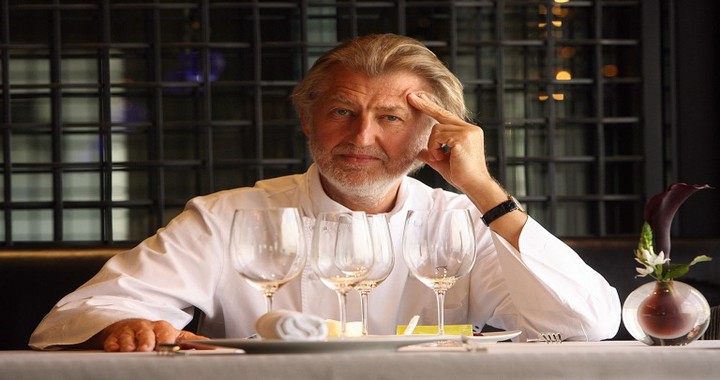 Gagnaire’s father was also a chef with a Michelin-starred restaurant so he grew up around cooking. He’s been working in professional kitchens for 52 years and now he’s restaurants around the world.

The chef previously had a fine dining restaurant in Dubai named Reflets but it has closed in 2016.

The new venture is its replacement. This new location is intended to be more relaxed than Reflets.

The restaurant has around 100 seats and an outdoor terrace area. The interior theme is pinks, greens and greys. It looks modern and comfortable.

The menu has everything from pizza blanche and beef tartare to oysters, truffle spaghetti, grilled rib-eye, roasted chicken, sea bass and aptly, frogs legs. Main courses prices are ranging from around Dhs100 to Dhs200.