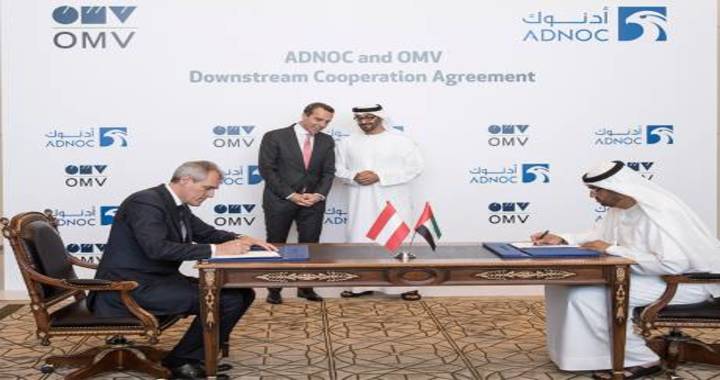 OMV is an Austrian integrated oil and gas company owned by a subsidiary of Abu Dhabi’s Mubadala Investment Company and it is working with Adnoc on a number of other projects including appraisal of the Shuweihat sour gas field.

OMV contributed a participation fee of AED 5.5 billion. ADNOC retains a majority 60 percent stake in the concession.
The Chief Executive of Adnoc, Dr Sultan bin Ahmad Sultan Al Jaber said, “The expansion of the global economy and increasing demand for oil refined products and petrochemicals provide us with new opportunities to create value across our upstream and downstream business.”

His Highness Sheikh Mohamed bin Zayed and Chancellor Kurz also witnessed the signing of a Memorandum of Understanding MoU between Khalifa University for Science and Technology and the Austrian Business Council in Abu Dhabi.

Under ADNOC’s 2030 Strategy crude production capacity is set to increase to 3.5 million bpd by the end of 2018.