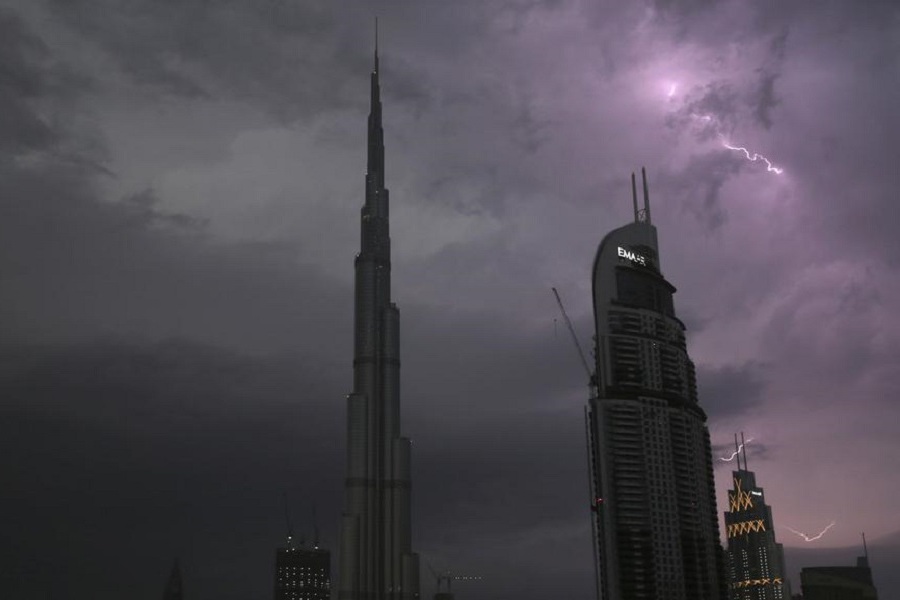 The National Centre of Meteorology has announced that this weekend on Friday, there is likely to be another downpour.

“Rain is expected over different areas of the UAE, as the country will be affected starting Friday,” reads a statement on their website.

The heavy rain and thunder is believed to be in response of an area of low pressure due to sweep in from the west at the weekend.

February and March are the rainiest months in the UAE, accounting for about 75 per cent of the annual total of rain, according to the forecasters. The spell is to begin from Friday night when clouds will begin to build over coastal areas and western islands, bringing a chance of rain.

“Moderate to fresh wind is expected especially over the sea and with the convective clouds, causing blowing dust and sand over the exposed areas with poor horizontal visibility at times,” said the weather bureau.
Authorities such as police and traffic officials warned on social media about driving in wet conditions with poor visibility.

National Centre of Meteorology (NCM) issued an alert, urging motorists to drive carefully on internal roads and highways, and to stay away from valleys and flooded areas.