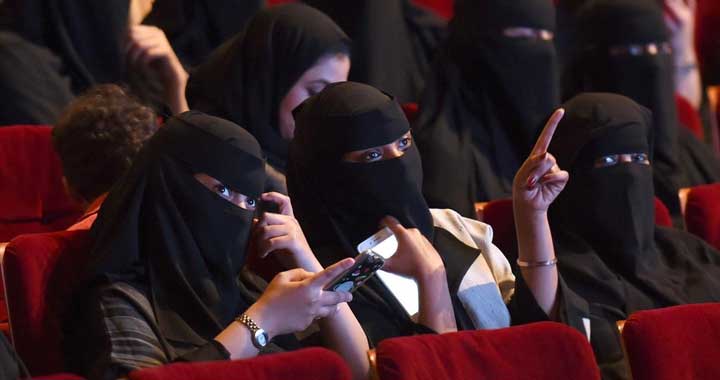 According to a press release from the Saudi Ministry of Culture and Information’s Center for International Communication, the first public screening of a commercial film in more than three decades was turned out to be a full house with tickets selling out in just 15 minutes.

The movie lovers came into the movie theatre in King Abdullah Financial District (KAFD) on Friday to watch the Hollywood blockbuster, Black Panther.

The Saudi Minister of Culture and Information Awwad Alawwad said, “Today is the first show for the public and the response has been overwhelming! This just goes to show how eager Saudis are to watch great films from around the world right here at home. They no longer have to travel outside the Kingdom to go to the movies”.

AMC plans to open three more movie screens at the King Abdullah Financial District (KAFD) in the third quarter of 2018. More than 30 cinemas will be opened in approximately 15 cities of Saudi Arabia over the next five years.

CEO and President of AMC Entertainment Adam Aron said that to have the first public showtime sell out in 15 minutes is unshakeable evidence of the passion and excitement for cinemas in Saudi Arabia.

The press release said that plans are in place to build nearly 350 cinemas with over 2500 screens by 2030 with a target of generating one billion US dollars in annual ticket sales.