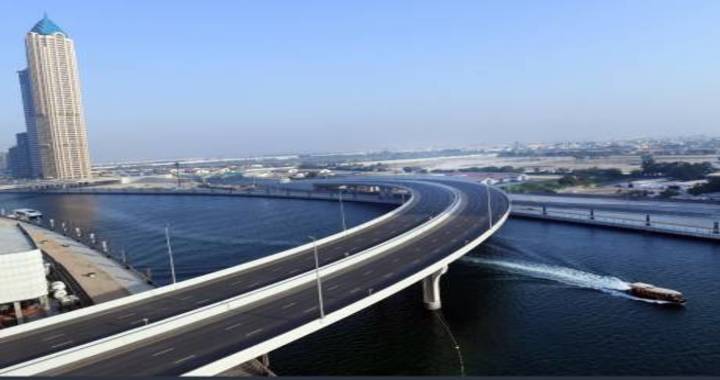 According to the Director General and Chairman of the Board of Executive Directors of Roads and Transport Authority (RTA), Mattar Al Tayer, the opening of Phase II of the Parallel Roads Improvement Project at the Business Bay will be on Friday, June 8.

This phase included improvements to the Western part of the Parallel Roads in the sector between Al Meydan and Financial Streets across the Business Bay.

It has also covered the construction of a 420-meter bridge at the intersection of Al Meydan and First Al Khail Streets, a 420-meter tunnel for left-side turns from Al Sa’ada Street to Meydan Street and a 340-meter underpass for horses crossing at the Dubai Stables.

The Project aims to ease the traffic density by 15% on Sheikh Zayed Road by providing additional entry/exit points to the Business Bay and Burj Khalifa Districts and it will increase the capacity to 20,000 vehicles per hour in both directions.