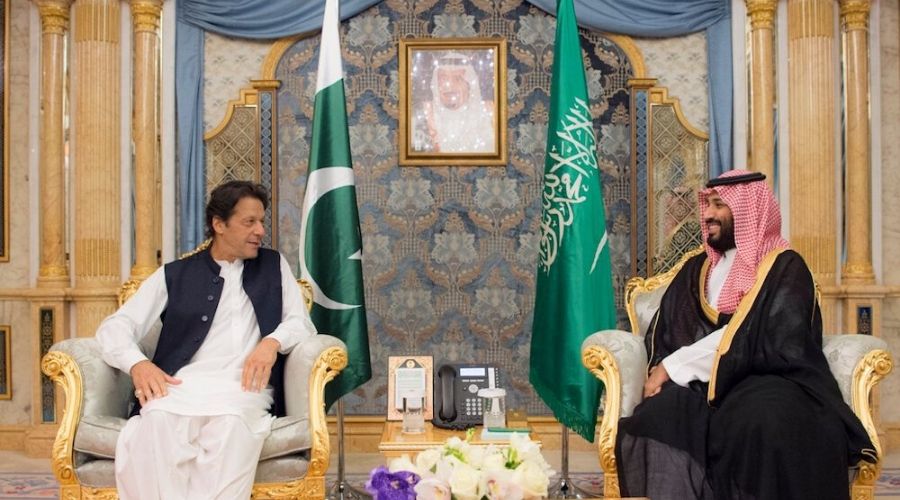 Khan arrived in Madinah and visited the Prophet’s Mosque before heading to Riyadh. In Riyadh, Khan was received by Riyadh Gov. Prince Faisal bin Bandar at King Khalid International Airport.

Pakistan praised Saudi Arabia on a highly successful G20 Presidency. The Prime Minister said this was a reflection of the Kingdom’s leadership role and stature in the international community.

The two leaders expressed satisfaction at the ongoing bilateral cooperation between the two countries. It was noted that the establishment of the Saudi-Pakistan Supreme Coordination Council (SPSCC) had provided a firm institutional mechanism to advance bilateral cooperation in diverse fields in a robust manner. The two sides hoped to further advance this process during the second meeting of the SPSCC expected to take place early next year.

The two leaders also discussed ways of further advancing the Kashmir cause through the Organisation of Islamic Cooperation contact group during their meeting.

A new era of deeper development across economic, investment, energy, security and defense and people-to-people domains since Saudi Crown Prince to Pakistan in February.

The crown prince later accompanied the prime minister to Riyadh International Airport to see him off after his day-long visit to the country.