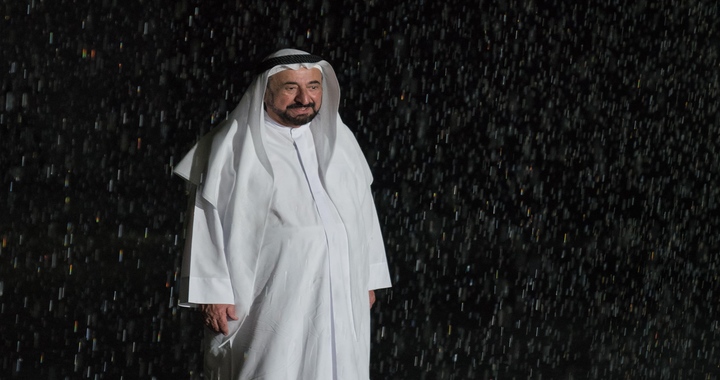 The Rain Room building is located in Al Majarah, near Buhaira Corniche in Sharjah. It is designed by Sharjah Art Foundation as the Middle East debut, and created by Random International that provides an immersive experience of continuous rainfall.

Visitors who come to see the Rain Room are directed to navigate intuitively and carefully through the dark underground space so that they could protect themselves from the downpour. As they walk through the room, their movements trigger motion sensors that pause the rainfall when their movements are detected.