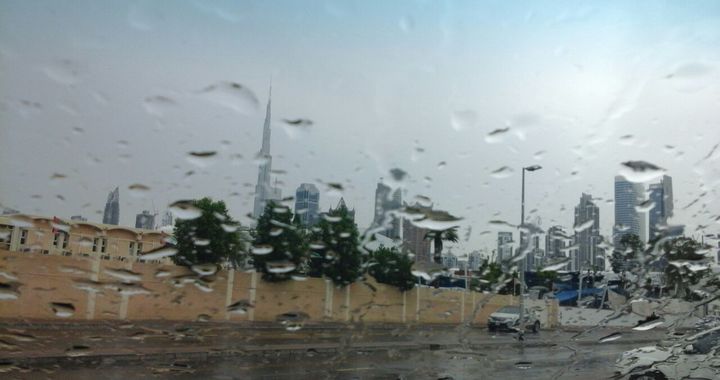 It will continue moving toward the west, northwest Dhofar, Oman associated with heavy rain during the next two days. The estimated wind speed around the center of the cyclone is between 126 km/h to 144 km/h.

The hurricane is expected to weaken into a tropical storm within the next 24 hours with winds speed less than 118 km/hr.

According to the Weather Predictions, the tropical cyclone will not reach the UAE.

The medium and high clouds and the moist air mass may lead to rainy convective cloud formations at times in the eastern and the southern parts of the country associated with fresh winds causing blowing dust or sand, which leads to hazy and partly cloudy to cloudy weather.