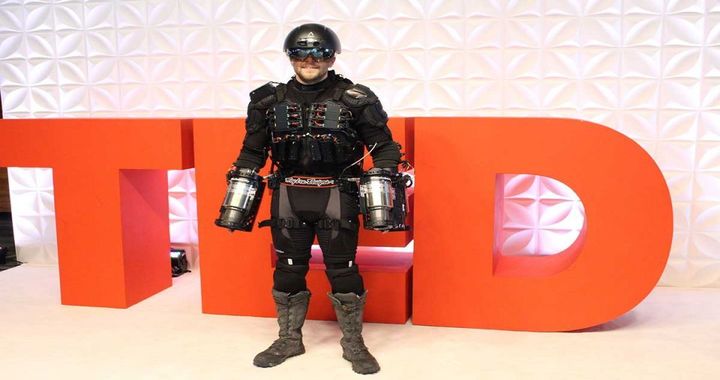 Richard Browning, the founder and pilot at Gravity Industries holds the Guinness World Record for the fastest speed in a body controlled jet suit in which he clocked 51.53km/h.

His flight suit ‘Daedulus Mark I’ is designed to incorporate five miniature jet engines, each providing 22kgs of thrust with two mounted on each arm and one in a backpack. It allows him to achieve vertical take-off and control his direction and speed of flight by using his arms.

The suit is made up of six micro gas turbines comes with a helmet that displays fuel levels, safety performance indicators and Wi-Fi for ground monitoring.

At the opening of Dubai’s GISEC security and technology conference on Tuesday, he soared around five metres in the air across a car park, landing successfully and at an ear-splitting 108 decibels about the same as being in the front row of a Motor head concert.