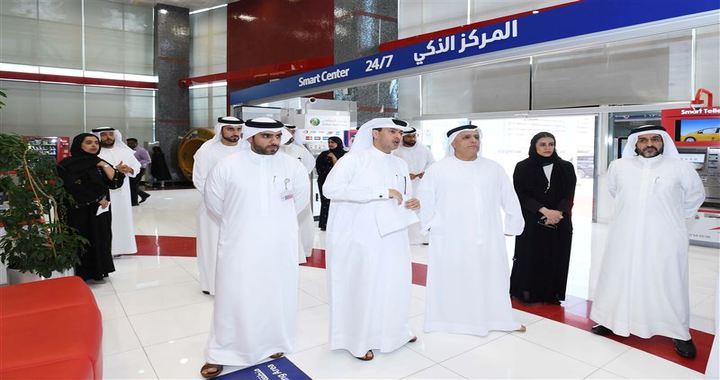 The Director-General and Chairman of the Board of Executive Directors of the Roads and Transport Authority (RTA), Mattar Al Tayer launched the Smart Customers Service Center that operates 24/7.

It is located in the domain of Umm Al Ramool Customers Happiness Center.

Al Tayer said, It is the first of its kind that operates 24/7 in the Government of Dubai. It explained RTA’s efforts to realize the vision and directives of Vice President and Prime Minister of the UAE and Ruler of Dubai HH Sheikh Mohammed bin Rashid Al Maktoum and Dubai Crown Prince and Chairman of the Executive Council Sheikh Hamdan bin Mohammed bin Rashid Al Maktoum for transforming Dubai into the smartest city worldwide.

This unmanned centre has two self service machines (Smart Kiosk) which provide a range of services for licensing of drivers and vehicles as well as services related to NOCs. It also has a top up machine for Salik and related inquiries and an ATM enabling clients to use their eWallets with the RTA. There is also a corner equipped with computers to enable companies to submit their transactions to the RTA as well as a vending machine that serves beverages and snacks.

Self service machines offer a host of services such as inquiry/payment of fines and the renewal/replacement of lost or damaged driving licenses and vehicle registration cards.