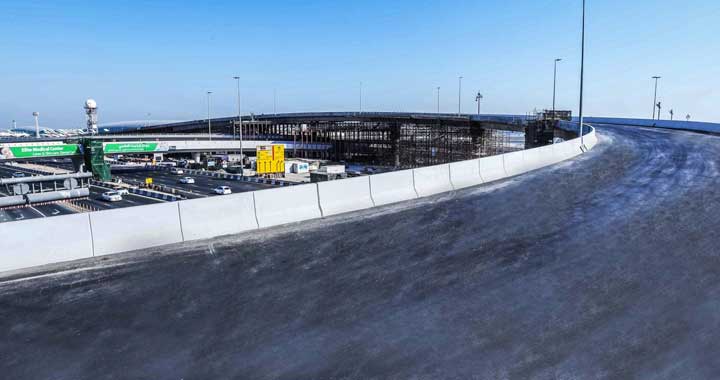 On Saturday, the Director General and Chairman of the Board of Executive Directors of Roads and Transport Authority (RTA) Mattar Al Tayer said that three new bridges as part of the Dubai Airport Street Improvement Project will be opened on Friday, April 27.

The Airport Improvement Project includes four junctions. The first was Rashidiya junction which includes the construction of two bridges on the Airport Street of three lanes in each direction.

The third junction includes Marrakech junction through the construction of two bridges of three lanes in each direction along with a ramp leading to Terminal 3 of Dubai International Airport without waiting at the light signal.

And the fourth covers Casablanca Street junction through the construction of an additional single lane ramp to serve the traffic from the Airport Street in the direction of Casablanca Street.

Al Tayer pointed out that the opening of all bridges at the four junctions increases the intake of the Airport Street by 5,000 vehicles per hour.