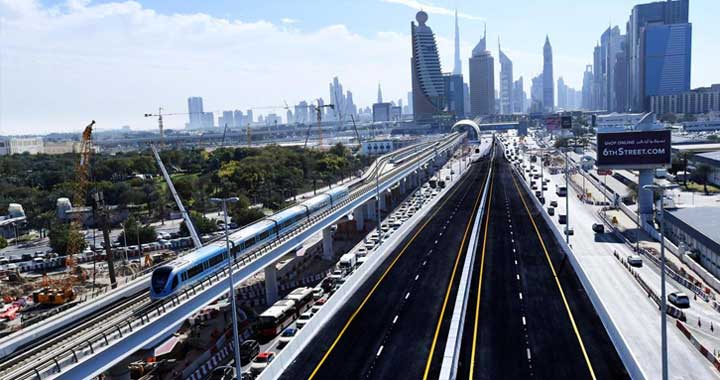 The Dubai Roads and Transport Authority (RTA) has opened a tunnel on both sides of Sheikh Rashid Street, which is comprised of four lanes in each direction.

This tunnel is part of the improvement of Sheikh Rashid and Sheikh Khalifa bin Zayed Streets Intersection Project.

After the successful completion of the Improvement of Sheikh Rashid-Sheikh Khalifa bin Zayed Streets Intersection Project, RTA has officially opened the tunnel for public transport.