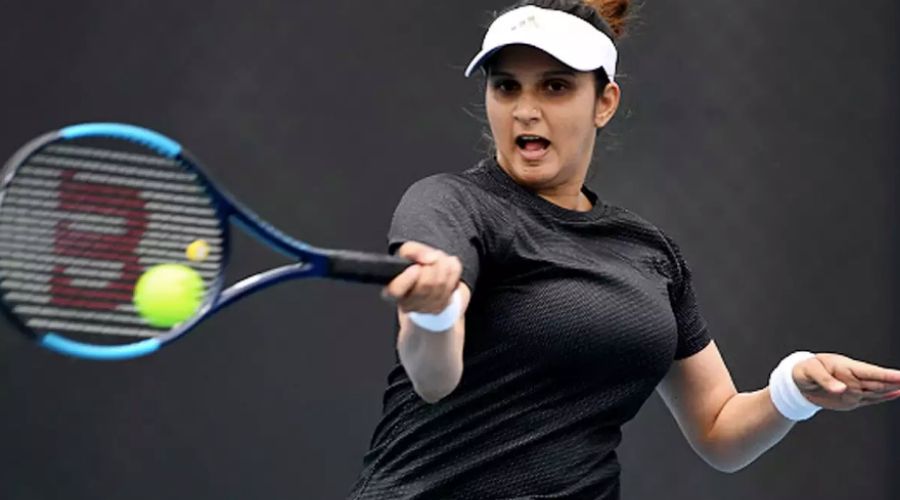 Sania Mirza is back on her winning streak in Hobart International tournament as she and her doubles partner Nadia Kichenok entered the quarterfinals on Tuesday.

Returning to the court after two years, Sania and Kichenok prevailed 2-6 7-6 (3) 10-3 over Oksana Kalashnikova of Georgia and Japan’s Miyu Kato in a contest lasting one hour and 41 minutes.

‘Today was one of the most special days of my life…To have my parents and my little baby boy supporting me in my first match after a little less than two and a half years… and to top it off we even won our first round with my partner Nadia Kichenok. Feel very grateful and thankful for all the messages, support and love I am receiving. Belief!!! Takes you places,’ Mirza said following her victory.

The Indo-Ukrainian pair will next be up against Americans Vania King and Christina McHale. Mirza and Kichenok didn’t start off well and went down 2-6 in the opening set. However, they pulled back together in the second set, winning it 7-6 (3). In the deciding set, the Indian-Ukrainian worked against all odds and worked with everything to make it to the last eight.

The return run continues for @MirzaSania as she and Nadiia Kichenok are through to the @hobarttennis doubles semifinals.

Three-time doubles Grand Slam winner Mirza is making a return to competition after a two-year break because of her injuries and later as she had a baby and wanted to spend time with her newborn.

The Indian tennis star is a former world No.1 in doubles and has six Grand Slam titles to her credit. In 2016, Mirza won the Australian Open doubles title following her success in winning Wimbledon and US Open doubles titles, all paired with Martina Hingis in 2015.