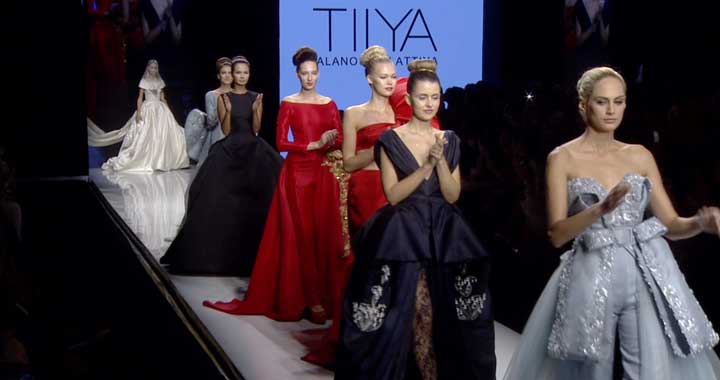 The Kingdom of Saudi Arabia has announced its first ever Arab Fashion Week from April 10 to April 14 at Ritz-Carlton in Riyadh. A world class event hosting by the leading international designers including French couturier Jean Paul Gaultier and Italian fashion house Roberto Cavalli.

It’s a great opportunity to introduce the latest fashion to the Saudi market. More than 13 fashion designers from Europe and the Arab world will be taking part in this event.

She said, “A lot of things have been changing in Saudi Arabia now we can invite everyone to come here and be a part of this change. We have so many talented designers in this country and such a love for fashion. Now we can show that to the world.”

“What we’re doing is a fashion event but it’s beyond that. We’re opening doors to so many other things.” said Princess Noura.

According to the new rules of Saudi Arabia women will be allowed to drive in the kingdom. The Crown Prince Mohammed Bin Salman has also hinted that the abaya the long loose robe worn by women may not be mandatory.

CEO of the Arab Fashion Council Jacob Abrian said, “We are so excited today to be announcing a history and new era for the kingdom and for the entire Arab world which is Arab Fashion Week.”

The Riyadh shows are not open to cameras and attendees remain women only. Next Saudi Arab Fashion Week is already scheduled in October. Dubai will continue to host its own Arab Fashion Week from May 9 to May 12.