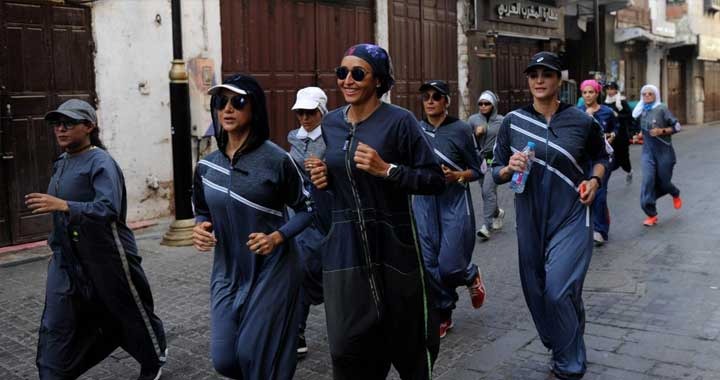 The Crown Prince Mohammed bin Salman has recently said that the abaya is not mandatory in Islam. The laws of Sharia are very clear that women wear decent, respectful clothing so a sports friendly abaya is now allowed for female athletes in Saudi Arabia.

The famous designer Eman Joharjy who’s her fashion studio in Jeddah made sports abayas in different colors. It’s more like a zippered jumpsuit in a classic baggy version.

The designer said, “There was a little bit of rebellion touch but I designed it for myself because it’s practical. You zip up and are ready to go.”

The latest trend is an eye-catching ensemble of “soccer-themed abayas” in the colours of local teams. A new way for female sporting fans to cheer for their favourite players.

Saudi officials recently announced that women would be able to participate next year in the Riyadh international marathon which was previously a male event.

The government is also seeking to jump-start women´s sports and is moving toward compulsory physical education classes for girls.