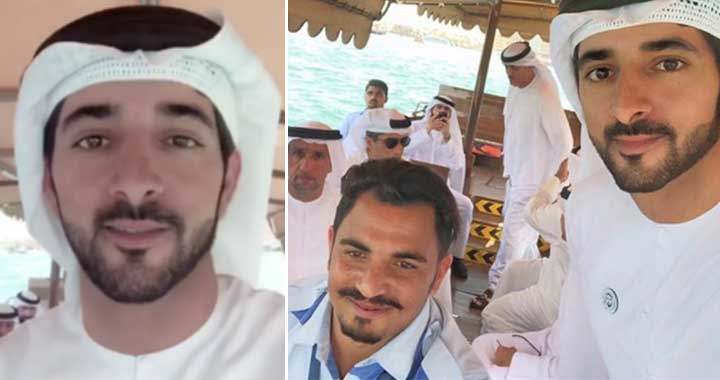 Sheikh Hamdan talked with the captain of the abra and called him the “best captain” and broadcast it live on social media where he’s more than 6 million followers on Instagram.

Mubashir Zahoor Ellahi belongs to Pakistan. He’s been working as an abra driver from 8 years. He said, “He was surprised to carry a VIP passenger on board his boat” and “It was such a big honour when Sheikh Hamdan came to me and patted my back. It was a reassurance and a reward that I’m doing a good job.”

Sheikh Hamdan said to Mubashir, “May God always give you good tidings.”