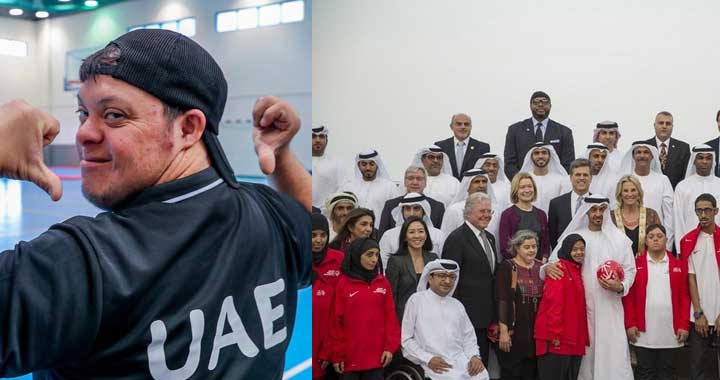 Sheikh Mohammed bin Zayed, Crown Prince of Abu Dhabi and Deputy Supreme Commander of the Armed Forces has received the UAE’s team at the Qasr Al Bahr majlis with organizing committee of the games and the UAE Special Olympics board of directors.

The ninth Special Olympics regional games witnessed the participation of athletes from 31 countries in 16 different sports in eight locations in Abu Dhabi.

The Crown Prince congratulated the team’s athletes for their good results during their participation in the Games and other regional and international sporting events where they proved their skills and praising their morale, determination and will to achieve the best results.

He also suggest the team to make more efforts to achieve great accomplishment and success in hosting the Olympic games next year in 2019.

His Highness Sheikh Mohammed bin Zayed Al Nahyan said that this sporting event contributed to the strengthening of humanitarian, social and cultural ties between the owners.

He also said that the true achievement of possessing the will to overcome is to build challenges and constraints and bridges to achieve hopes, optimism and creativity.