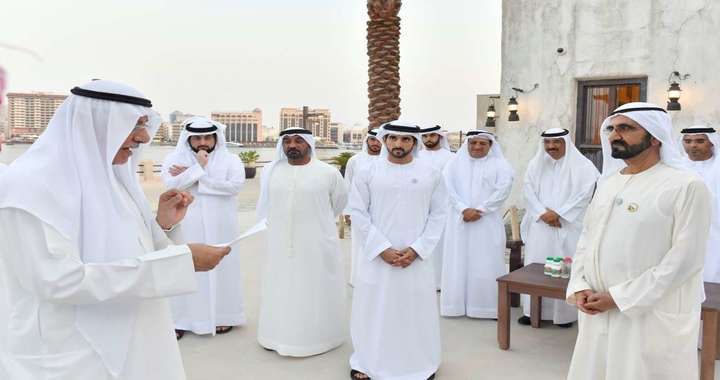 The Vice President and Prime Minister of the UAE and Ruler of Dubai, HH Sheikh Mohammed bin Rashid Al Maktoum received today a number of heads and chairmen of government departments and senior officials at the Shindagha historic district. They came to greet on the occasion of the holy month of Ramadan.

Sheikh Mohammd discussed about the need for promoting inter Emirates tourism so young Emiratis can learn about local heritage, culture and history.

After that he hosted an iftar banquet in honour of his guests.