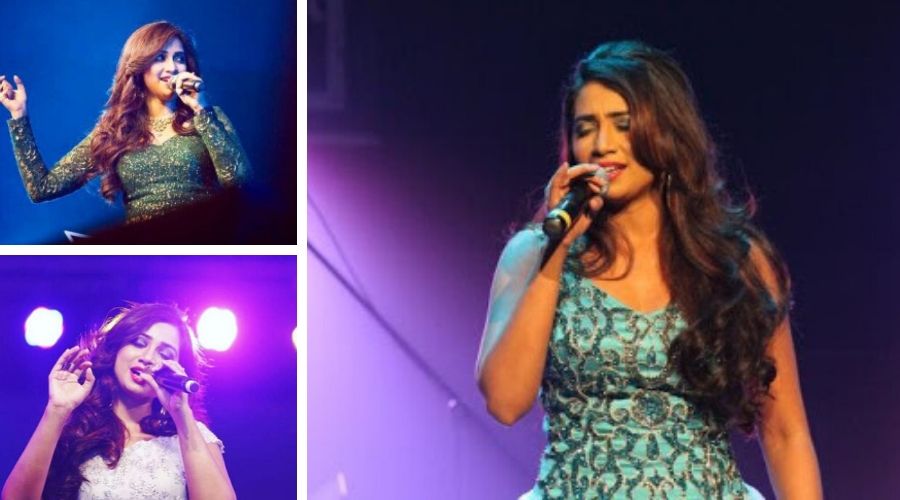 This April, Dubai is in for a big treat as Indian Singing Legend makes her way to the Emirates yet again to ignite the stage with a mesmerizing performance. In an Instagram post she revealed: “Dubai! Get ready for the 10th of April. I am coming to perform for you! Can’t wait to see you all♥️ Super excited 😁
#ShreyaGhoshalLiveInConcert”

Ghoshal has picked up numerous awards for her work, including the Indian National Award, after her debut in Sanjay Leela Bhansali’s blockbuster Devdas in 2002. Ghoshal is also the first indian singer to have her wax statue in Madame Tussauds Museum, Delhi.

Known for her hit film songs such as Teri Meri, Radha and Sun Raha Hai, Dubai can expect a power packed performance.

Ghoshal has almost 1500 songs sung in a range of dialects and performed all over the world.
Even after 2 decades in the industry, Ghoshal is still one of the most sought after playback talents in the country.

Shreya Ghoshal – Live in Dubai is proudly presented by Star Live and Blu Blood and ignited by Radio Mirchi in association with Milestone Entertainment.