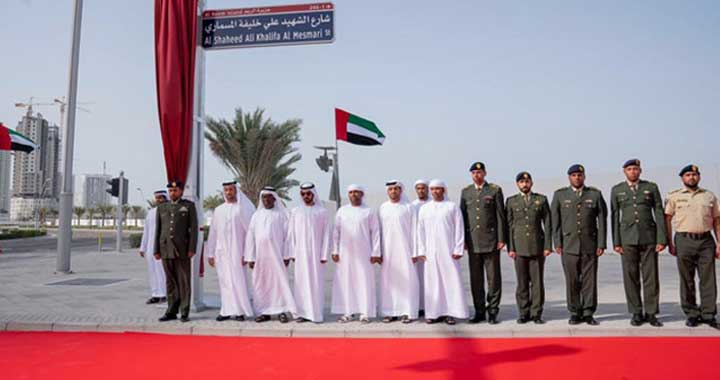 Ali Khalifa Hashel Al Mesmari was martyred while performing his duties for the UAE Armed Forces during the Arab Coalition’s Operation Restore Hope in Yemen. A street in Al Reem island has been named after this Emirati soldier.

High level officials were also present and they praised the bravery and heroism of the UAE’s military personnel for offering their lives for the nation.

The Director of the Martyrs’ Families’ Affairs Office at the Abu Dhabi Crown Prince’s Court Sheikh Khalifa said that the desire of the wise leadership is to issue and adopt further initiatives that aim to salute in the memory of the nation’s martyrs and honour the supreme values they represent so they deserve to be always remembered and have become beacons of giving and sacrifice and symbols of pride and honour.

He also said that naming the country’s streets after martyrs is a source of pride for their families.