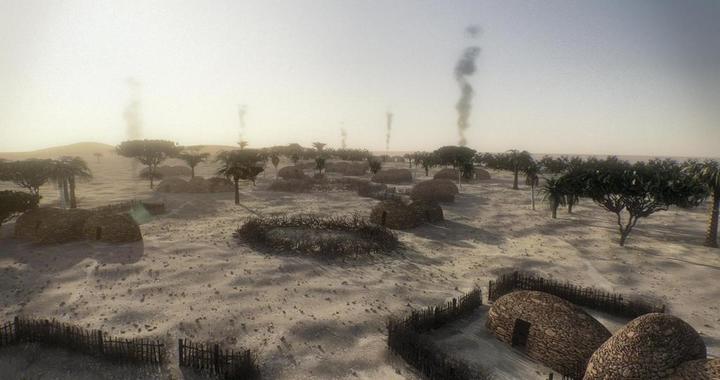 The island of Marawah (DCT Abu Dhabi) was the earliest village discovered in the UAE nearly 8,000 years ago to a time called the ‘Neolithic period’ or the New Stone Age.

The experts believe the houses were used for several hundred years. They consist of several rooms and outdoor spaces for the keeping of animals and the preparation of food.

Experts are trying to digitally recreate the village to understand how it looked 8,000 years ago.

The evidence indicates that on this island people began to settle on one place and build permanent structures.

According to th experts, the ancient inhabitants of Marawah realized that the Gulf was an ancient ‘superhighway’ that connected them to their neighbours so they developed ship technology to conduct trade and business.