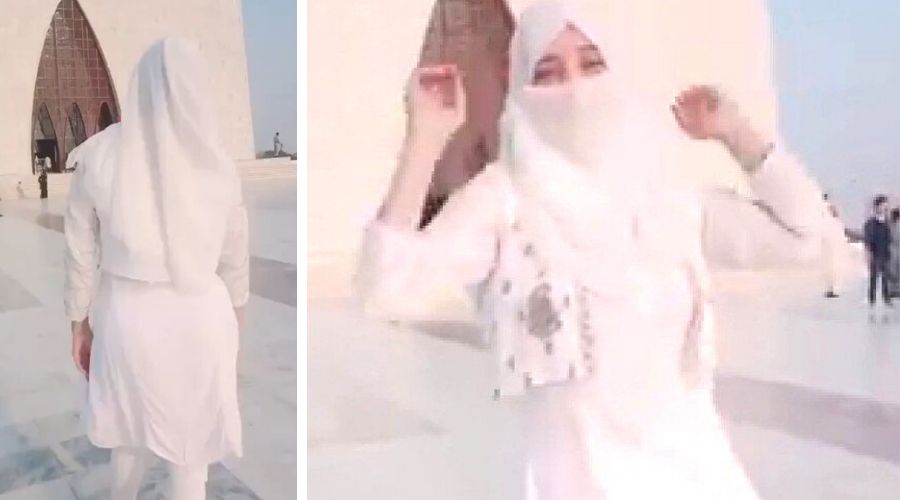 Growing to a community that has made TikTok 2nd most downloaded app in the world, it has always managed to stir up controversy.

Brewing up more trouble, a TikToker has posted a video that is a league of its own in terms of controversy. A recent video of a hijabi girl is going viral on social media where she was seen dancing at Mazar-e-Quaid, Karachi.

Mazar-e-Quaid is a massive tourist destination in the Pakistan’s largest city, Karachi as it is the final resting place of the Founder of Pakistan, Mohammad Ali Jinnah.

The video which features the young girl dancing has been found deeply inappropriate as it is the tomb of the great leader and thus began the round where people started speaking out their minds.

Many people have criticized this action:

It's not our culture, now a days people want to get famous on Dajjali media to show off themselves like her. But don't worry, everyone is responsible for its good/bad deeds, so Hereafter they will get its result as much as they've earn here. May ALLAH (SWT) have mercy on us.😕🙏