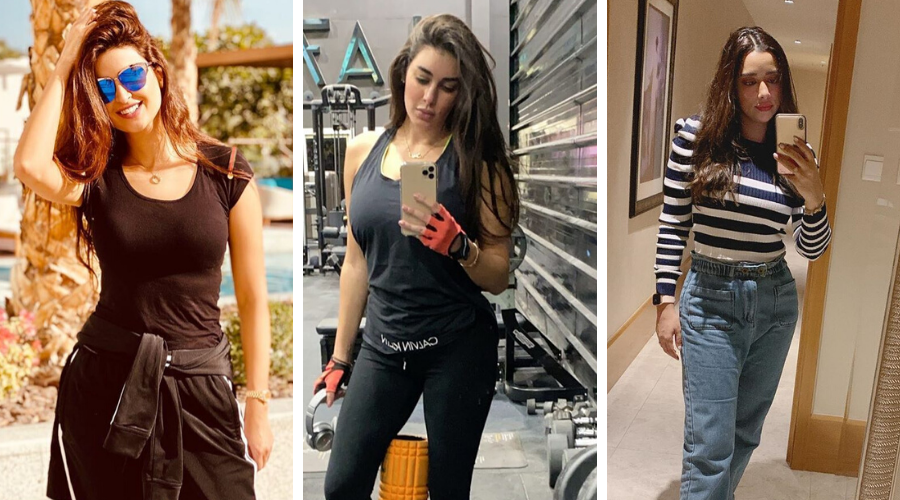 2019 has produced some of the greatest content that the digital space has ever seen. And the ladies of Instagram are strides ahead by giving the audiences a range from Lifestyle to Self-Care and much more.

Here is the list we have put down for the Top 10 Arab accounts on Instagram that you need to look out for in 2020:

Starting out as an Instagram fashion blogger, Asmaa delved into acting, modeling and television hosting and became internationally acclaimed after being cast in the 2017 series The Godfather.

The Egyptian starlet has a staggering 909k followers on her Instagram and constantly shares mesmerizing clicks of herself along with her famous costars like Dorra Zarrouk. She also shares posts lifestyle and red carpet event photos on Instagram.

One of the biggest Instagram influencers in UAE is Karen Wazen Bakhazi, who started gaining more and more followers after the fame of her blog Karen’s choice where she displays all her fashion choices. She has 2.3 million followers on her Instagram account.

She gained a hefty following by sharing Lifestyle based content. Her little boys and Husband constantly feature on her Instagram.

Karen Wazen Bakhazi in 2019 went to the United States to speak at one of the largest pan-Arab conferences in North America. Held at Harvard University, the Arab Conference garnered some of the Middle East’s most prominent figures (including real estate developer Mohamed Hadid – supported by daughters Gigi and Bella Hadid), and luckily, Karen was chosen to speak and discuss current issues surrounding identity and influence.

Nour Aboulela has gained a following of 404 K as a Blogger and social media star, who specializes in fashion, style, and travel related content which she shares on her Instagram profile and website.
At a young age, Nour Aboulela was already very obsessed with fashion. Now, Nour manages lovebyn, her very own personal fashion diary.

In 2019, Nour participated in Cairo Fashion Festival. Nour also collaborates with Big Names in the industry to pump out collections.

The celebrated actress from Egypt is one of the most followed Instagram personalities in the country with a following of 1.5 Million.

Before Abu Deif landed her breakout role in Sheikh Jackson, the newly-minted 25-year-old was a model. Dief was already modeling for three years before Amr Salama approached her to audition for his 2017 film.

The Victoria’s Secret model, Shanina Shaik, is an Instagram favourite with a following of 2 Million. Shanina Shaik is an Australian model of Pakistani, Saudi, and Lithuanian ancestry.

She started modeling when she was 8 years old for Myer and appearing in a TV commercial for Hyundai but left modeling to focus on her studies.

In her debut season during the Autumn/Winter 2009 season Shaik walked over 8 shows in New York City, becoming an instant hit.

Award-winning journalist and television presenter known for her work with Jordan’s MBC channels, Fares has generated a loyal fan-base over on Instagram with a hefty 5.6 million followers. She is also a successful model and brand ambassador for L’Oreal Paris in the Middle East.

Destined for success at a young age, she began working as a reporter at seventeen while still in college. She graduated from high school at sixteen and completed law school at nineteen.

She was the first Arab woman to climb the UAE skyscraper the Burj Khalifa. She became the second most followed Jordanian woman on Twitter after Queen Rania.

The first Arab woman in the Cartier campaign, Yasmine Sabri, has gained a status that is unparalleled in the industry.

The 32-year-old actress is known for promoting campaigns that support women empowerment. During the 2013 Arab African Conference on Women’s Empowerment, Sabri received the title of “Ambassador of African Women.” The global recognition she received celebrated the support she offered for the “Enti Al-Aham” (You come first) campaign for women empowerment.

She is best known for her roles in several TV series such as “Hekayti,” “Al-Ostoora,” “Tareeky,” and more.

On Instagram she shares stunning pictures of herself and updates fans on her life and happenings and has a huge fan base of 8.8 million followers.

Rising to fame initially as a presenter for channels like Kuwait TV, Dubai TV and MBC, Social media influencer, fashion blogger and A mother of three has earned more than 7.8 million followers and she has substantial followings on her Noha Style Icon blog, Twitter, snap chat and YouTube channel.

She collaborates with some of the biggest brands in the world and promotes products.

The Jeddah-based, Yemeni singer was one of the artists performing in front of a jam-packed audience at Oman’s Salalah Tourism Festival 2018.

She came from an artistic family as her father Ahmed Fathi was a well-known Yemeni musician and her mother is a Yemeni born Emirates citizen.

On the 20th of October, 2019 she unveiled her star on the walkway of the Dubai Stars at downtown Dubai. With having created a wild persona, Balqees Fathi has gained a following of 9.6 Million.

Kattan is ranked in the top 40 of Forbes’ 2019 list of the wealthiest self-made female entrepreneurs in the US, with a reported net worth of $610 million.

Already owning highly successful she has a makeup line, a fragrance line and now a skincare line, Kattan is a global trend everyone wants to follow.