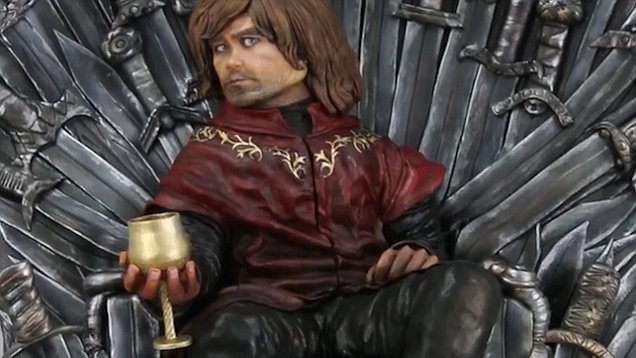 Dubai bakery created a majestic tribute to Tyrion Lannister by baking a four-foot high, world’s most expensive cake based on the Game of Throne’s popular character.

The cake that is worth Dhs100,000 is baked by Broadway bakery, it weights around 32KG and is 1.2 metres tall. The details on the cake are stunning as Tyrion can be seen sitting on the throne as the rightful King of the Seven Kingdoms. The whole cake is edible – The Iron Throne, Tyrion Lannister and even the wine glass.

The two episodes have created a massive impact on the story line as only few episodes are left in the series, the writers are making sure that each episode has something for the audience to talk about for a week.

Here is a glimpse of the World’s Most Expensive cake:

Episode 3: The Queen’s Justice will be aired on 30th July at 9pm ET/PT!