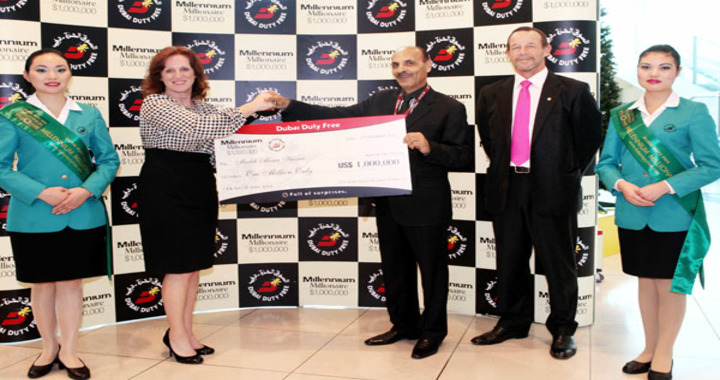 UAE expat Musleh Mousa Hassab has been lucky enough to won $1 million in a raffle for the second time.

On Tuesday, when his name was announced in a draw held at Dubai International Airport. He held ticket 0742 in series 273. Earlier, he also won raffle in November 2012.

Hassan said, “I remember when I first won $1 million in 2012. I was over the moon, and winning again after six years is just truly an unexpected surprise. Thank you Dubai Duty Free for my amazing second win!”

He has become the 10th Lebanese national to win $1 million at the DDF raffle.