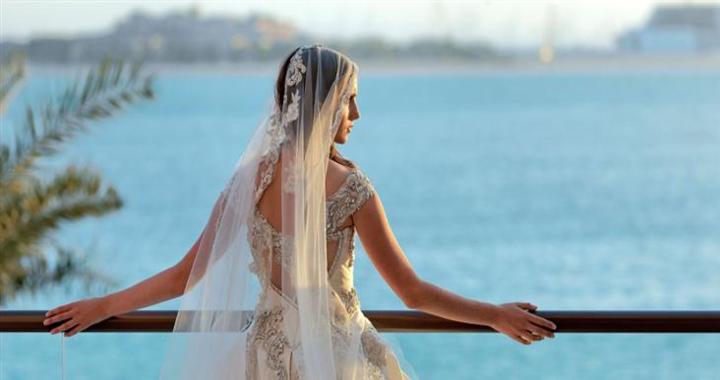 UAE has become the top destination for weddings in the Middle East, recently it was revealed in a study that people are spending more than Dh11 million on the weddings in the region.

The survey was conducted by a Dubai-based event organizer QnA International, the Middle East accounts for 5 per cent of the global destination wedding industry which is valued at Dh330 billion, and the UAE is the top destination for couples in Asia, Middle East and Africa.

According to the Director Sidh N.C, “We believe that tapping into the massive potential wedding tourism can help the country move closer towards achieving the ambitious tourism goals laid out in its UAE Vision 2021 initiative.”

The founder and managing director of Emirates World Club, Romika Fazeli says venues are quiet important for occasions like weddings and other such celebrations. And it is not a secret that UAE houses best hotels and resorts in the world in terms of best quality and service.

At Atlantis, The Palm, the number of weddings increase by 30 per cent in 2017 as compared to the previous year with couples from the UAE, UK, Pakistan and India. The industry estimates showed that an average lower and middle class family spends around Dh700,000 to Dh7 million on a wedding, the figure varies depending on their nationality and wealth status. However, for high status families, the cost for weddings is as high as DH25 million in the UAE.

Destination weddings in Europe and US are typically small affair with guests not more than 50-200, the guest list ranges from 300 to 1,000 for weddings organized in Asia, Middle East and Africa.

The director of sales and marketing at Millennium Airport Hotel Dubai, Binu Varghese said, the UAE is among the Middle East’s top destination for weddings with Dubai taking the biggest share.