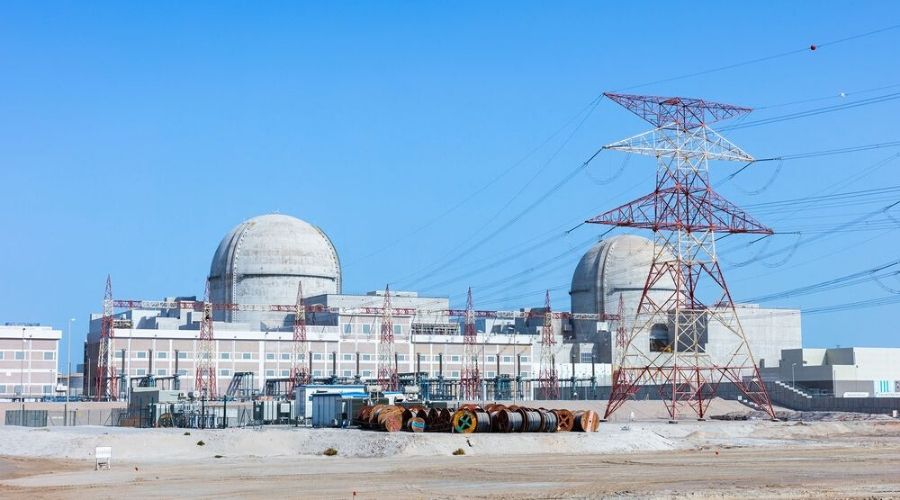 The United Arab Emirates’ first nuclear power plant will become operational in the first quarter of 2020, as soon as one of its four reactors will become operational. This will be the Arab world’s first commercial nuclear plant, whereas Other Arab countries including Saudi Arabia and Egypt have also announced nuclear projects to increase efficiency for the increasing population.

The government-owned Newspaper quoting information from the Emirates Nuclear Energy Corporation (ENEC) reported that, First of four planned reactors in the United Arab Emirates, Barakah unit 1, is currently in a testing phase and is on final stages to receive an operating license from regulators.

Once the license is secured, fuel loading will begin and energy production will gradually be increased until the full commercial operation is achieved in a few months’ time, the newspaper said.|Testing on a second reactor is also set to begin soon. “This will mark the start of the operational phase of peaceful nuclear energy in the Arab world,” ENEC told the paper.

This will be the world’s largest nuclear power plant, with four reactors and 5,600 megawatts (MW) of capacity.

The $24.4 billion power plant is being built in partnership with Korea Electric Power Corporation (KEPCO). They are responsible for operating and maintaining the Barakah complex, for which construction began in 2012.

Seeking to diversify its economy and energy supplies like other Arab Countries, this project will be able to provide power to their growing populations and industries of UAE which depended mainly on oil revenue for growth having 6% of the world’s proven petroleum reserves.