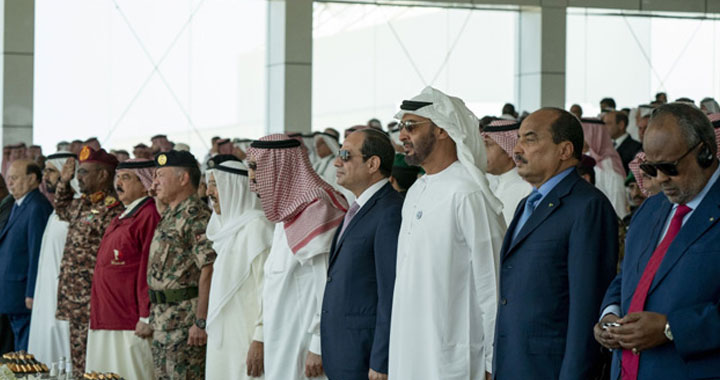 The Vice President and Prime Minister of the UAE and Ruler of Dubai, HH Sheikh Mohammed bin Rashid Al Maktoum and The Crown Prince of Abu Dhabi and Deputy Supreme Commander of the UAE Armed Forces, Sheikh Mohammed bin Zayed has arrived in Dhahran, Saudi Arabia on Wednesday to attend the Joint Gulf Shield-1 military drill at the invitation of King Salman bin Abdulaziz Al Saud.

The ceremony was held under the assistance of Saudi King Salman bin Abdulaziz. He said that the exercise emphasizes the ability to operate within a unified military organization.