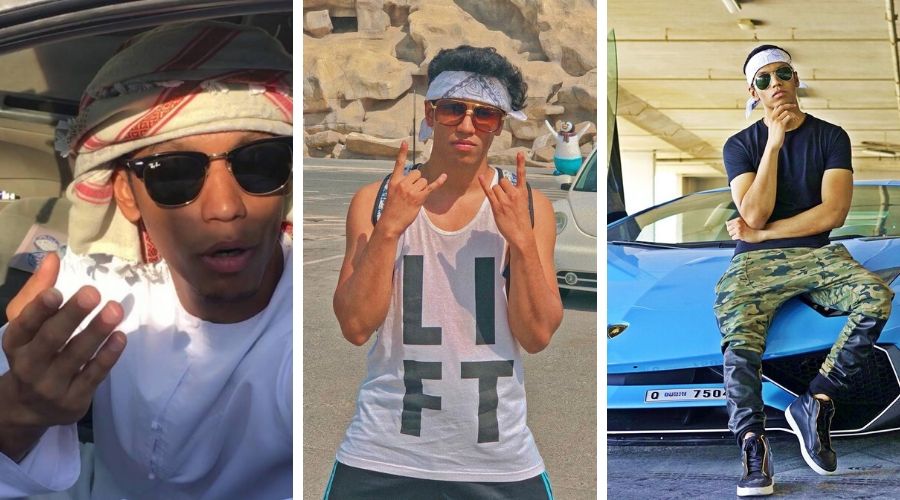 Zubair Bin Jafharsalie Al Ba’um, or popularly known as Zubair Sarookh shot to fame with his videos across Facebook and YouTube. This YouTuber of Emirati-Yemeni origin, born in 1995 has become widely known across the world with debuting from social media platform, Facebook and garnering a hefty following of 964,044. He is one of the most famous Facebook Star from the United Arab Emirates.

Sarookh also made his YouTube Channel where he would share his videos with content like vlogs/reaction videos along with comedy skits, movie reviews and much more in 2016. He especially became known among the masses because of his take on Arab culture as seen on his Facebook and YouTube videos. These videos were a comedic skit where Arabs were seen doing their daily routine and how foreigners reacted to them. He achieved a following of 250K+ on Youtube.

Over time Sarookh has expanded his reach through taking on various social media platforms including Snapchat, Instagram and TikTok.

Sarookh also reviews various places in Dubai and is an influencer with big companies reaching out to him for the branding of their products. Sarookh supports many of his favorite Brands across UAE.

Sarookh continued to make it big in 2019 with his TikTok account garnering over 135,000 followers.

Zubair Sarookh has collaborated with some of the biggest TikTok stars like Jumana Khan.

Zubair Sarookh was born in the United Arab Emirates. His father was a police officer in Sharjah and two of his brothers were in the UAE military. Zubair studied in Emirates National School, Sharjah.