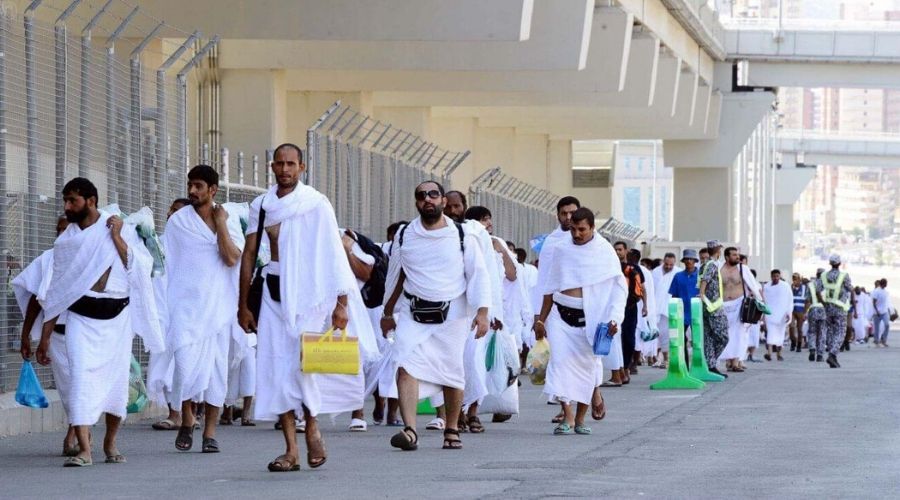 Hajj Agreement 2020 comes into full effect, bringing good news for the Pakistani Pilgrims after the signing of an agreement between Pakistan and Saudi Arabia. According to this agreement, as many as 200,000 pilgrims from Pakistan will be able to perform Hajj in 2020.

In 2019, a total of 123,316 pilgrims from Pakistan performed Hajj under the Government Scheme and many more performed the pilgrimage through private hajj service providers, making Pakistan one of the largest majority of Foreign Pilgrims.

The Hajj Agreement 2020 was inked between Pakistan and Saudi Arabia at the Saudi Ministry of Hajj and Umrah on Wednesday by Minister of Religious Affairs and Interfaith Harmony Sahibzada Noor-ul-Haq Qadri and his Saudi Arabian counterpart Dr. Muhammad Saleh Bin Taher Beten in Makkah Mukarma, said the Ministry’s spokesman Imran Siddique.
“The government and people of Pakistan are thankful to the Saudi government for this commendable step,” Minister of Religious Affairs and Interfaith Harmony continued.

This increase in quota comes after negotiation deals were held by the Pakistani delegation with the Saudi Arabia’s Minister of Hajj and Umrah. They asked for more facilities for the Pakistani Pilgrims, including the surge of 20,000 in Hajj quota, the expansion of the Road to Makkah project to other cities of Pakistan, to make sure that the quality of food and better transportation facilities are offered to the Pakistani pilgrims.

The Pakistani delegation would be inking more agreements on Thursday about the provision of various facilities to the Pakistani Hajj pilgrims. Saudi Arabia’s Minister decided on setting up a 10 member Pak-Saudi Arabian Joint Working Committee for solving the issues launched by the pilgrims. The Committee would be issuing on the spot directives for resolving the complaints launched by the Hajj pilgrims.

Minister for Religious Affairs Noorul Haq also announced that the Saudi Arabian government has agreed to provide E-Visa service to Pakistani pilgrims on the request of Prime Minister Imran Khan on his last visit to the Kingdom, to create ease for pilgrims during Hajj.

“Initially the service will be available for Lahore, Islamabad and later will be launched in Karachi,” he continued.

60% quota of pilgrims has been reserved for the government-sponsored Hajj scheme and the remaining 40% for the pilgrims who will travel through private hajj tour operators.