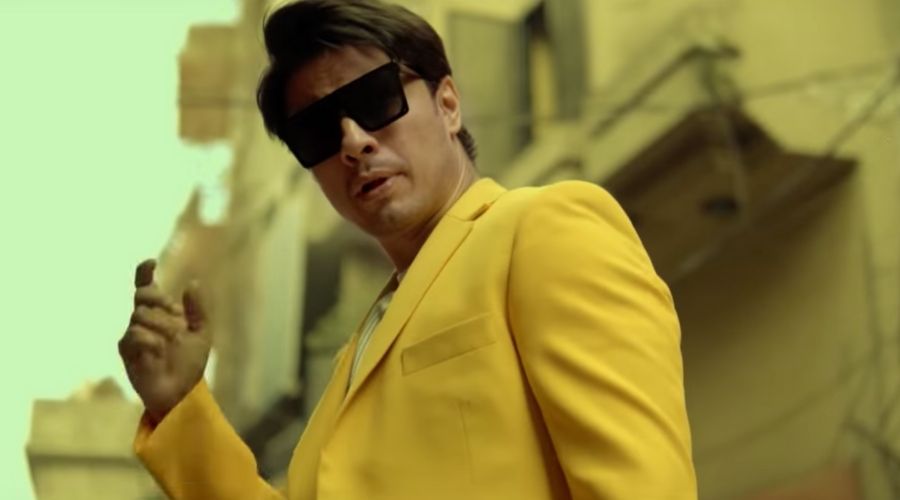 As the battle of the two pop singing legends spiked, the end result is one that has brought much joy to all the fans. After Ali Azmat in an interview said that his official PSL song “Tayyar Hein” failed due to conspiracy of the famed singer Ali Zafar, the war for the best PSL anthem began.

The singer conveyed this to all his fans via a video log on his Twitter feed, saying that wait for the PSL song is over as Sunday has come up with the new song which would be released soon.

“What a Sunday is this with sun shining overhead and birds murmuring and spring season all round!” he said adding that another thing is in the offing and that is the promised video-referring to the new PSL song.

The video has garnered more than 4.5 million views on YouTube and the craze is not simmering down any day soon as PSL Season 5 gets saucier, “Mela loot liya” has become the go-to song for all cricket lovers.

Ali Zafar credited the masses for extending him an immense support that allowed him to prepare a video within a short span of six-days. “It all happened due to the love and passion of the people,” he said.

He also extended apology towards his fans for not including some of their video logs in his song and said that it was not possible to go through all of them due to the short span of time.

Ali Azmat, ending the speculation about the rift between the two famous Pakistani artists over the PSL 2020 anthem, Azmat said that he is in favour of Ali Zafar to make his song adding that he would also record his dance steps for the video.

Sharing the video message of Ali Azmat, Ali Zafar wrote: “this the point! I am waiting for your shot sir.” He also said that the song would be released on Sunday.

Zafar is a regular and one of the most favourite performing artist in the Emirates with singing hits like “sun ray sajaniya” “Channo” and “Rangeen”, he is a treat for his Emirati fans.

Zafar was recently in Dubai in February to perform at the PISA Awards 2020. The 39-year-old singer-songwriter was spotted in all smiles, as he greeted and took selfies with fans outside the venue.

Dubai! We are here. See you tomorrow. @cocacolaarena #PISA pic.twitter.com/N6eDK7BN2d

Zafar performed with the talented Aima Baig at the event held at the Coca Cola Arena.