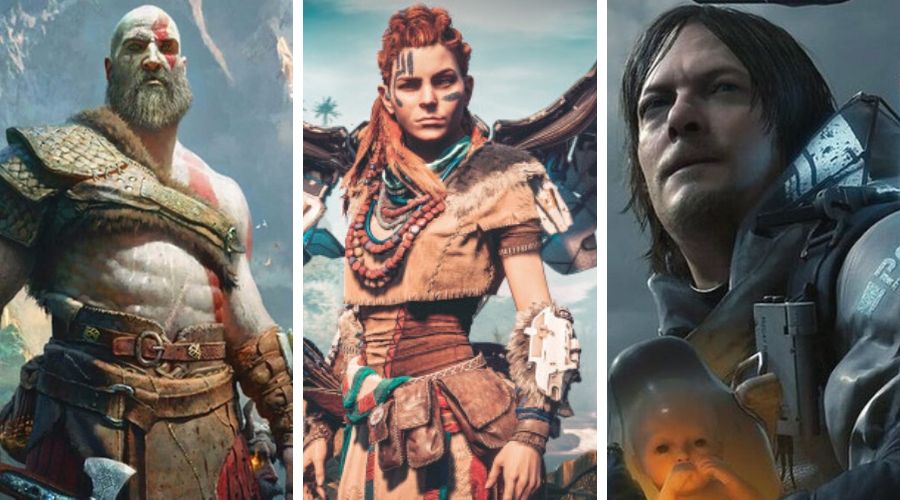 For gamers self-isolation is not a new thing, every gamer has experienced the 12-hour straight gaming night experiences but due to the busy life in Dubai not all of us have the luxury to continue that lifestyle. In what feels like a downward descend into a dystopian setting society, coronavirus has left the whole world paralyzed.

With the isolation periods extending to no end around the world, people are left wondering what to do with the new found free time at their hands. Whether self-isolating or working from home, everyone has to expertly schedule the time schedules as to not slip into an anxious state. For many social distancing is a real challenge as many live alone and need a sense of association. Enter the detailed virtual worlds that the latest games have given the world.

From intriguing narratives to auspicious new worlds and tasks along with breath taking combat sequences, we have listed for you below the top PS4 Games that can keep you entertained throughout the lockdown period.

This post-apocalyptic landscape is a storyline that is guaranteed to make you invested for a good amount of time in the isolation period. With the ghostly BT’s and certain humans called repatriates are able to return to life from a strange underwater space known as the Seam, haunting the forests and the towns, it is chilling to the bone. Sam, a delivery man of sorts is our main protagonist who Sam is trying to reach the west coast of the country to rescue his sister who has been captured by a terrorist organization. While making deliveries and dodging BT’s, you’ll discover what happened to America, what a BT really is, and plenty more. Meanwhile, there are many fourth wall-breaking moments.

The main adversary apart from the BT’s and occasional terrorist groups who want to steal the deliveries off of Sam, the rocky terrain and uneven landscape that Sam has to pass is the real challenge. Sam has to stay balanced in order to keep his precious cargo safe. You do this by adjusting straps on your back. The trigger buttons on the PS4 controller handle each side, so if Sam starts tipping to the left, you hit the left trigger and he tightens up his backpack to keep steady, one small slip and the cargo is destroyed. You’ll have access to ladders and ropes to help you traverse difficult terrain, and eventually, you can drive vehicles like trucks and motorcycles.

Set in a classic “Fish out of the Water” narrative, God Of War is the journey of the God-Killer Kratos and his relationship with his young son, Atreus. The journey like set-up is filled with obstacles and every new path has hours and hours’ worth of terrifying threats, beginning with the first major encounter in the opening hours. Coming in a series over the years, seven of them, counting two PSP games and one mobile game have already been around for years. Both the leads are forced to rely on each other in the journey to avenge the mother of Atreus and Kratos’ wife with having to rely on each other in order to decipher languages and guide when the swing of an axe.

There are plenty of wars to be sure, with the brutality heightened, Kratos only kills for survival now with his signature weapon Leviathan Axe. One trick that excels is that the Leviathan acts just like Thor’s hammer, Mjlonir, as depicted in the Marvel movies. Combined with Atreus’ intellect, Kratos’ slicing and throwing is the thrill that with right timing can lead to unlocking special attacks.

What developer Guerrilla describes as a “post post-apocalypse”, Horizon is set in a distant point in future and revolves around the story of a women and an outcast, Aloy, who is in a quest to find what the advanced world was before this archaic future descended and who her real mother is. Horizons missions are plentiful are rarely feel restricting. With dozens of hours of playing the game, you will still find something to be excited about.

There is a freedom to use Aloy’s skills as well, Aloy can learn to create traps and avoid direct combat, or she can create an obscenely powerful new gear simultaneously. Eventually she can earn the ability to take control of certain robots to aid her in battle or travel. Figuring out which abilities to focus on, and how to utilize them, is one of the most satisfying parts of the game. Aloy can hunt, gather resources, and craft new items because that’s what she was raised to do.

This combination of exploring a beautiful world and running a conquest to find what is lost will make up for the perfect pass time.

Yet another game set in ancient Greek times, Odyssey is the epic-scale action-role playing game that has been able to excel over its predecessors with also being the most vibrant of the series. Assassin’s Creed Odyssey begins more than 2,400 years ago at the onset of the Peloponnesian war: a decades-long struggle between Athens and Sparta for dominion over the ancient Greek world. The thing that got many excited is that for the first time in an Assassin’s Creed game we get a choice of whether to play exclusively as a man or a woman: siblings Alexios and Kassandra. The range of being able to be any character gives much more meaning to the experience.

Odyssey continues what Origins started, moving combat to a free-flowing dance of light and heavy attacks. The weapons are swords, daggers, axes, maces, spears, and staves, with a great chances to upgrade. Odyssey’s three distinct skill trees is where the progression in the battlefield with Warrior, Hunter, and Assassin.

The Sparta Kick is also an amazing addition to the arsenal proving to be the most devastating weapon. Odyssey sets a new bar for Assassin’s Creed games.

Square Enix’s long-awaited conclusion to its beloved action-RPG trilogy is so satisfying with the detailed settings, progressive combats and different levels. Present throughout our childhood, Kingdom Heart was a delight with creating Disney worlds from the favourites of the time, the nostalgia has just exploded in the latest addition with new set of movie-quality Disney worlds that are almost all delights to explore.

With a lot on its plate, Kingdom Heart 3 balances Disney stories and the overarching plot that though sometimes slow in pacing yet is fun to play. Sora, Riku, and Xehanort are the characters from the main plot have much more impact with their combat and storylines then the main characters ever did in the previous Kingdom Hearts. Sora has different keyblades in combat mode like a Toy Story Keyblade that offers great area-of-effect attacks when enemies started crowding or Tangled keyblade allowed me to create Sora duplicates who attack an enemy from multiple sides.

Made up of seven stunning recreations and expansions of beloved worlds, Disney locations to fight in and explore are a delight. Playing on PlayStation 4 Pro or Xbox One X, there is some impressive parity with the 3D animated films.
An immense treat for the fanfiction base, Kingdom Heaven is guaranteed to give you a good time lost in all the different storylines.

When Square Enix revealed they were releasing a remake of the cult classic, fans were excited all around the world. The game set to release on 10 April,2020, Square Enix released a fully playable demo to address all the questions that the fans had.

The story follows a young mercenary called Cloud Strife who after teaming up with eco-activists called Avalanche are tasked with taking down an evil corporation called Shinra. The remake is almost a frame for frame replication of the original opening with the exception of Shinra looking more vibrant. Letting go of the original blue boxes of text, Final Fantasy VII has adapted voice acting with each character sounding like how we would imagine them.

The combat style having been changed drastically from the original, the gameplay itself is very reminiscent of the original Final Fantasy: essentially running around and finding the next fight. You can choose which character to control to allow for certain enemies to be dealt with more efficiently, in the fast paced combats.

At the end of the demo, you are treated with the Scorpion Sentinel boss fight. Allowing the player to delve deeper into the city they are fighting for, the remake will be set solely inside Midgar.

A great follow-up to a beloved genre defining game is what you get in Resident Evil 2. Capcom took Resident Evil 7’s design decisions to max effect in its remake of Resident Evil 2, resulting in much superior graphics for the modern console. Never abandoning the true essence of the original, Capcom has developed the groundbreaking sequel.

Following the same beginning as of the predecessor, trekking the town of Raccoon for realities are rookie cop Leon Kennedy and college student Claire Redfield. Separated by a terrible set of events, both the characters are on a survival spree to make it out alive of the town.

Stockpiled with heavy and plenty of weapons, the main setting is a police station. The entirety of the city’s police force is either dead, zombified which is terrifying and this is when the zombie apocalypse goodness reaches a new level of satisfaction.

With the realistic and modern look of the places and characters to solving the puzzles, Resident Evil 2 is a game one cannot get enough of even if played over and over again.