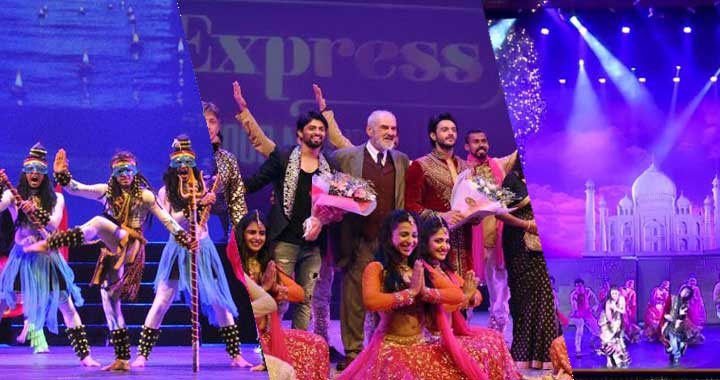 Taj Express is an uplifting music and dance show choreographed by one of Bollywood’s top choreographers, Vaibhavi Merchant and directed by Shruti Merchant.

The show follows the story of one man’s passion and another man’s genius. Bollywood composer Shankar followed the footsteps of his guru A.R Rahman and discovered the path to success through Taj Express.

Inspired by the world-famous Indian film industry, the musical features Bollywood hit numbers. The performance will also have songs from A.R. Rahman – the man behind the soundtrack of Oscar winning movie Slumdog Millionaire.

The Chief Executive at Dubai Opera, Jasper Hope said, “This show has been a dazzling international sensation and is the epitome of all things Bollywood, mixing film, dance, and music by some of India and Bollywood’s greatest names. Climb aboard the Taj Express because this is going to be one of the shows of the year.”

The show will take place at Dubai Opera on October 16 to 20. Tickets start from Dhs200, and go on sale at 9am on March 19 with an early-bird discount of 20% on all seating categories.