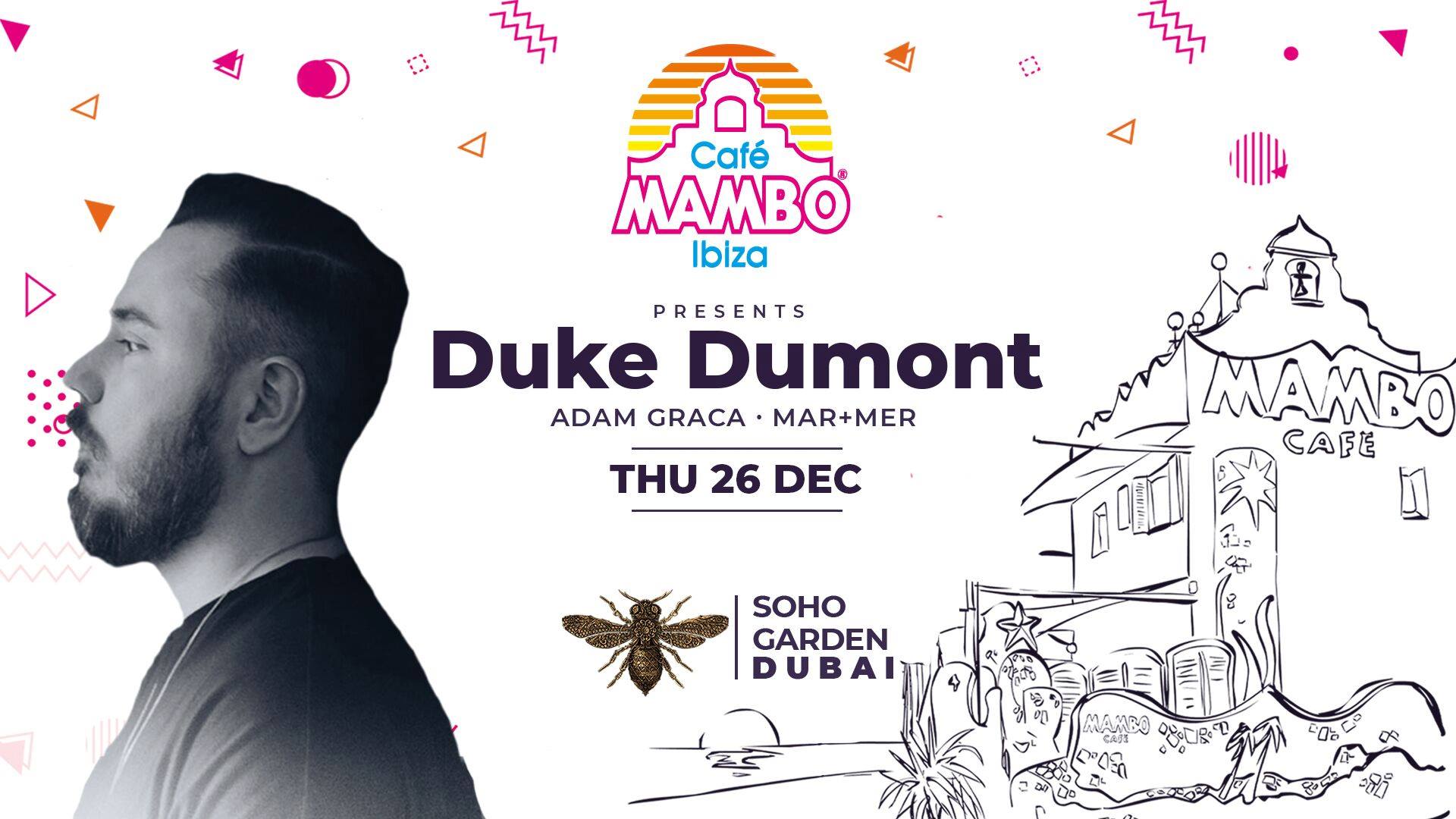 Packed with Mega events all around the city, Dubai is the place to be this Christmas.
With an array of music events lined up, Soho Garden is bringing to Dubai ‘Ocean Drive’ Singer and Superstar, Duke Dumont to take over the outdoor club on Thursday, December 26th and on Friday, December 27, award-winning DJ Solomun will be taking the stage.

The festivities will continue post-Christmas and begin on Boxing Day, Thursday, December 26, from 8 pm. Adam Graca and Mar + Mer will entertain the crowd before Duke Dumont and will play their biggest hits.

The star, known for Grammy-nominated hits ‘I Got You’, ‘Need U (100%)’ and the massively popular ‘Ocean Drive’, Duke Dumont has been a frequent performer in Dubai in popular Sunset Festival at Barasti and before that, he also took the stage for One Big Friday at Zero Gravity in 2016.

He is best known for the singles “Need U (100%)”, “I Got U”, “Ocean Drive” and “Won’t Look Back” which both reached number one and number two in the UK Singles Chart respectively.