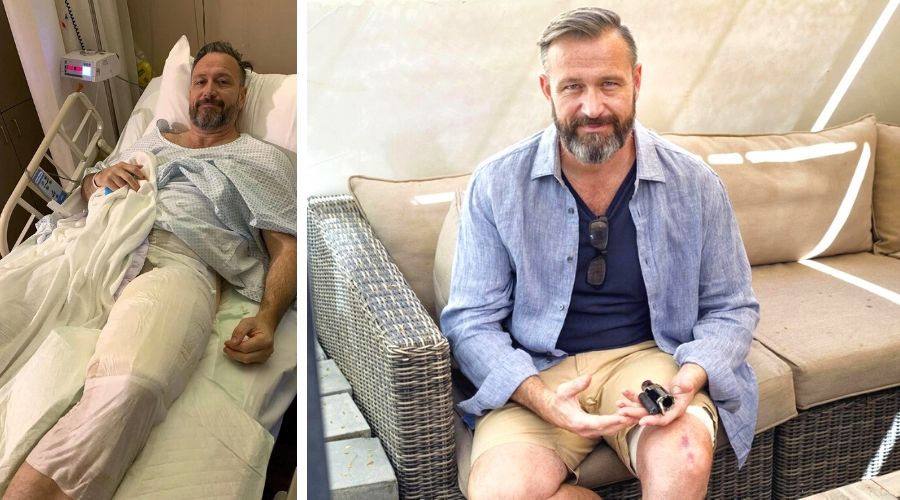 A man was engulfed in flames and left with third degree burns after his vape exploded in his pocket. Graham Tooby, 48, was injured when the device burst into flames at his home in Dubailand.

He said he did not know what caused the device to explode but believed the lithium battery was damaged. “My trousers were on fire and there was a big blue burning flame over my upper thigh,” he told The National, after going through seven weeks of hospital visits and skin grafts to treat the burns.

“My brother-in-law tipped the water from a cool box over my leg to put it out but because it was a chemical burn the pain didn’t stop.”

Mr Tooby, a photographer from England who lives in Dubai with his wife and two children, said the device made a noise before it burst into flames.

“There was a horrible hissing sound, like something was crackling, coming from my pocket,” he said. “I took the trousers off and could see there were already marks to my leg. “It all happened so fast that I was in shock and didn’t really know what was happening.”

The family immediately called the ambulance as they were all present at the time of the incident at a New Year’s Eve Party.

He has required the use of a wheelchair at various times since the accident. “I was in hospital for four days and have to go back every three days to have the dressing changed,” he said. The device was bought by Graham on his holiday in France.

The sale of vape devices and e-cigarettes became legal in the UAE in April 2019. “You should always check the battery, if there’s been any sign of damage just throw it out,” he said. “I would also advise people not to place them in your pockets because they can go off like a rocket. “You should keep them in a separate bag or purse.” Graham Advises people.

The Federal Tax Authority said that as of June 1, 2020, it will be prohibited from supplying, transferring or stockpiling tobacco or electronically heated cigarettes that do not carry the digital tax stamps.

To raise awareness, the FTA has so far held four workshops to introduce producers, importers and distributors of tobacco and tobacco products to the scheme’s procedures and objectives.

The Digital Tax Stamps facilitate inspection and control procedures; it allows tobacco products to be digitally tracked from the manufacturing facility and until they reach the end consumer to ensure they are compliant with standards and that all due Excise Taxes have been paid.

According to the World Health Organisation, the number of vapers across the world grew from seven million in 2011 to 41 million by 2018.